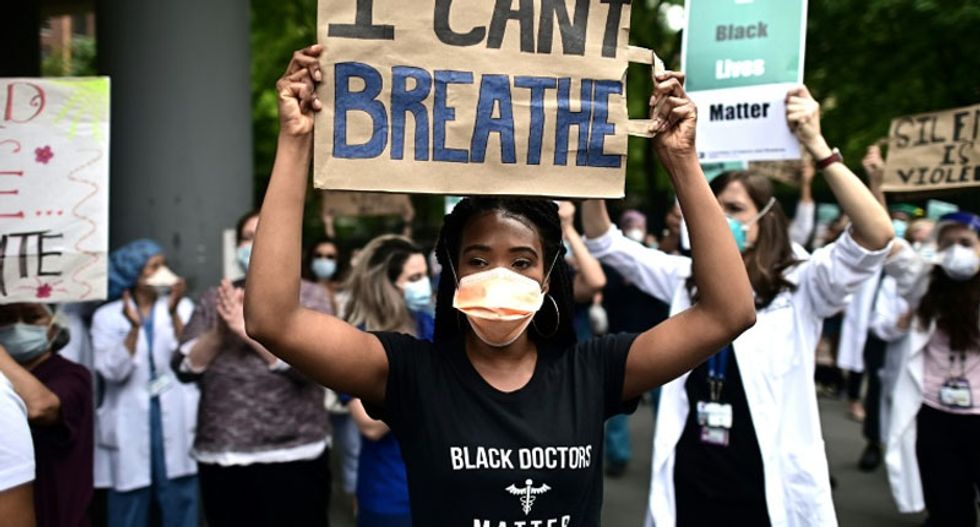 A group of Black Lives Matter protesters in Utah are facing potential life in prison for smashing windows and splashing red paint on the street.

CBS News reports that Salt Lake City District Attorney Sim Gill this week added a "gang enhancement" penalty against BLM demonstrators who allegedly committed acts of vandalism, which increases maximum sentences for "offenses committed in concert with two or more person or in relation to a criminal street gang."

The enhancement means that the protesters could face life in prison if they are found guilty and punished to the maximum extent allowed by the law, CBS News reports.

In a followup interview with the Associated Press, Gill said that he didn't believe "anyone is going to be going to prison on this" and predicted that the defendants would instead plead to lesser offenses.

28-year-old Madalena McNeil, who was accused of buying the red paint used to vandalize the street during the protest, said that she is nonetheless appalled that sending her to prison for life for her alleged crimes is even a possibility.

"It would be silly to look at the potential of life in prison and not be scared," she told local news station KUTV.