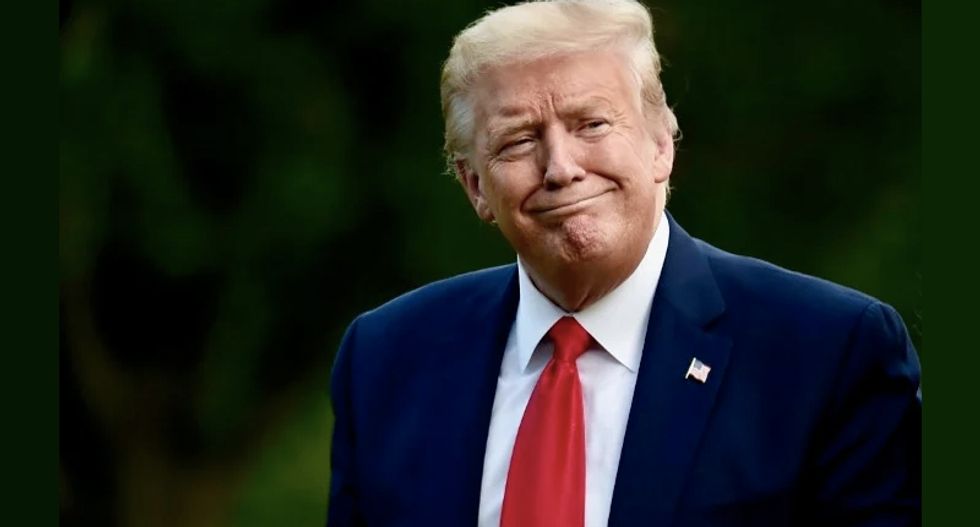 The Trump campaign has accepted at least $2,000 from Morris Gulett, the head of an Aryan Nations outpost in Louisiana, in 29 separate donations dating back to December 2017, reported Popular Information.

The most recent contribution from Gulett, the leader of the white nationalist Church of Jesus Christ Christian, was dated May 31, and the donations and their neo-Nazi origins were brought to the campaign's attention as long ago as July 2018.

The campaign has also accepted donations from businessman Peter Zieve, who was sued by the state of Washington for discrimination against minority applicants and forcing his racist views on employees.

Zieve allegedly offered a $1,000 "procreation bonus" to white employees to prevent minorities from outnumbering white people in the U.S.

He settled that lawsuit in 2017 for $485,000 and agreed to end his discriminatory behavior.