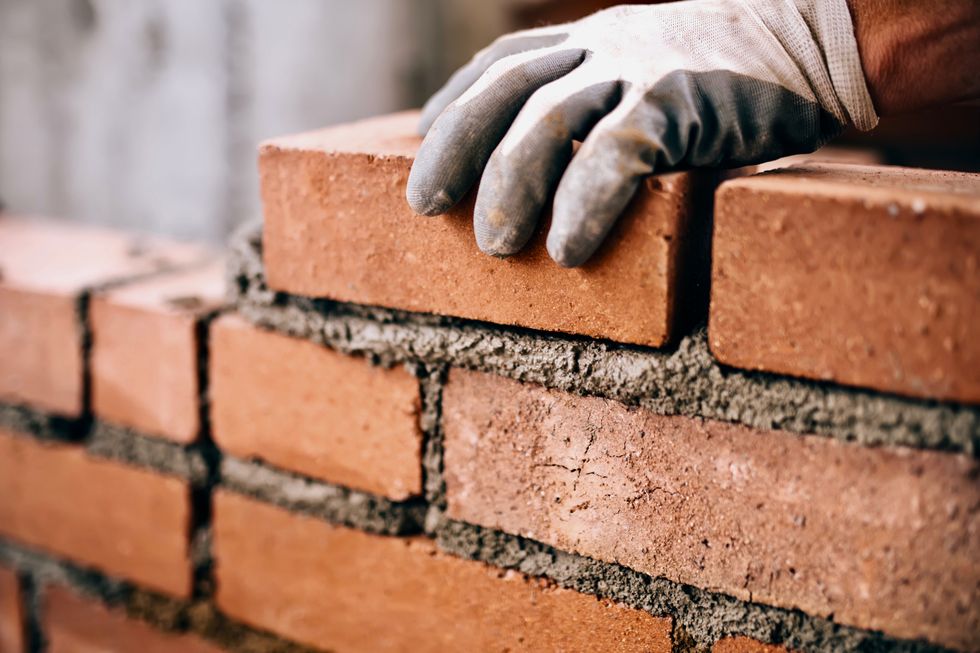 In my synthetic chemistry lab, we have worked out how to convert the red pigment in common bricks into a plastic that conducts electricity, and this process enabled us to turn bricks into electricity storage devices. These brick supercapacitors could be connected to solar panels to store rechargeable energy. Supercapacitors store electric charge, in contrast to batteries, which store chemical energy.

Brick’s porous structure is ideal for storing energy because pores give brick more surface area than solid materials have, and the greater the surface area the more electricity a supercapacitor material can hold. Bricks are red because the clay they’re made from contains iron oxide, better known as rust, which is also important in our process.

We fill the pores in bricks with an acid vapor that dissolves the iron oxide and converts it to a reactive form of iron that makes our chemical syntheses possible. We then flow a different gas through the cavities to fill them with a sulfur-based material that reacts with iron. This chemical reaction leaves the pores coated with an electrically conductive plastic, PEDOT.

The resulting film coats the brick surfaces with nanofibers that resemble the fine filaments produced by fungi. The nanofiber structure of our conducting polymer has low electrical resistance as well as high surface area, which makes it ideal for energy related applications. 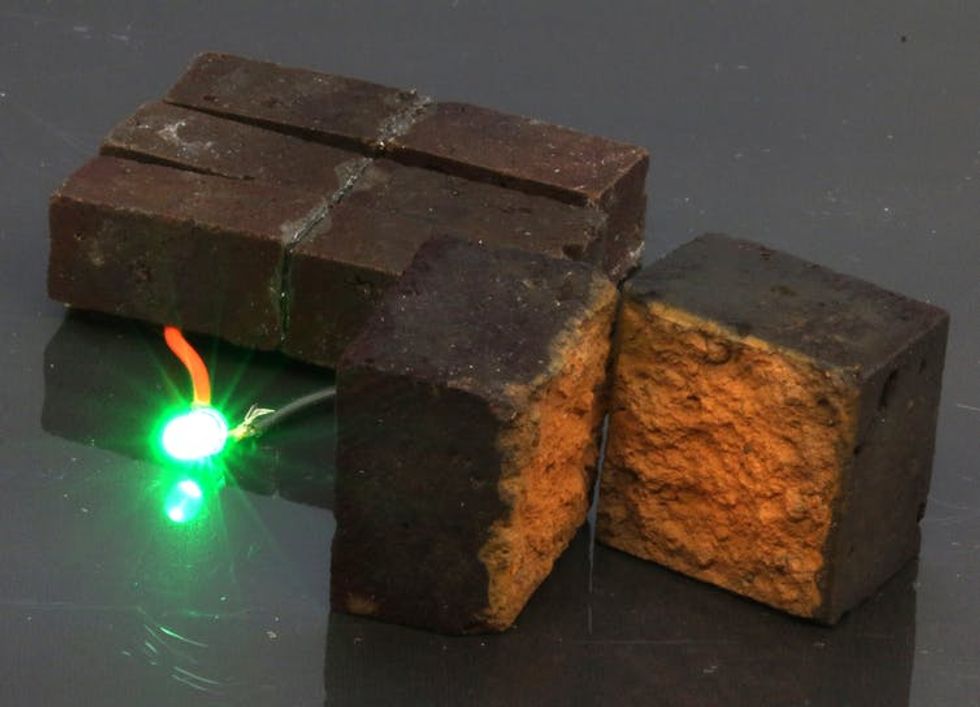 A few pieces of PEDOT-coated brick are able to power an LED, and based on our calculations approximately 60 regular sized bricks would be able to power emergency lighting for 50 minutes, and they would take 13 minutes to recharge. One of the surprising results of our research is that the supercapacitor brick wall can be recharged 10,000 times, which is on par with more traditional PEDOT supercapacitors. We have published our results in the journal Nature Communications.

We have converted iron oxide, which is a ubiquitous waste product, into a reactive intermediate - a substance useful in chemical reactions. By controlling a chemical reaction that uses this intermediate, we have produced state-of-the-art semiconducting nanofiber coatings.

Turning rust into a useful chemical source material is cost-effective and demonstrates how inert materials hold the potential to be transformative in chemical manufacturing. Our work shows how waste can be upcycled and reused for producing cutting edge materials that extend the functional limitations of construction materials.

What other research is being done in this field?

Our work is the first to demonstrate energy storage in bricks, however other researchers are chemically altering bricks for other uses. The red pigment in bricks has been used as a chemical catalyst, however this requires significant processing to ensure the purity of the separated iron oxide. Metal oxide nanoparticles have also been combined both with brick and concrete to remove atmospheric pollutants. Other groups have created bricks that incorporate carbon nanomaterials to form electrodes that can conduct electricity.

We are scaling up the chemical synthesis so we can reduce cost and produce polymer-coated bricks rapidly. We are also developing new chemical syntheses that promote self-assembly inside bricks to cause the nanofibers to form 3D patterns, which will increase surface area.

Our goal is to develop bricks that are patterned and ready to be stacked without the need for wires. We intend to produce devices that can be assembled like Lego blocks.