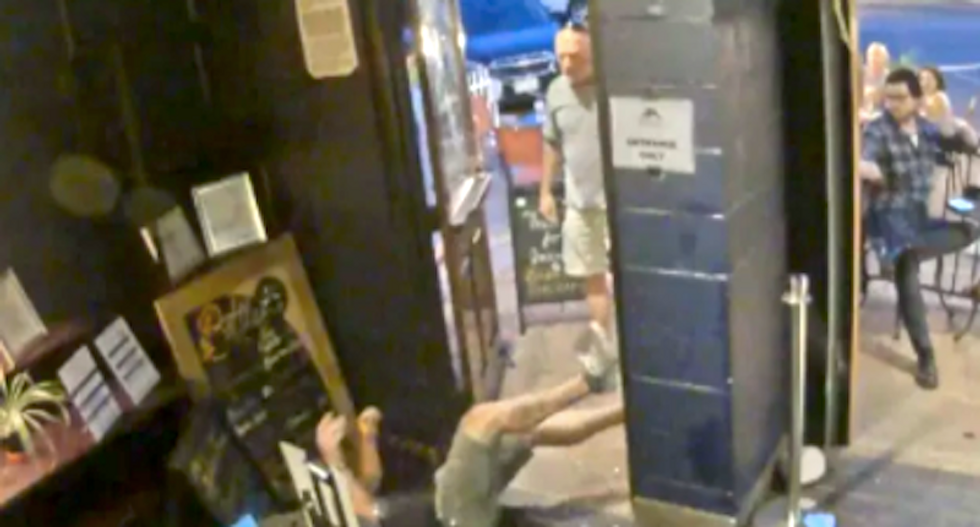 A Colorado business owner called for stiffer penalties against anti-maskers who attack workers over coronavirus restrictions.

The owner of the Golden Moon Speakeasy was upset that a customer identified as 62-year-old John Roche got into an argument Saturday over Golden city council's mask mandate and shoved the employee into a doorway, reported KCNC-TV.

“This is an employee of a business, following the law and doing what we’re legally required to do,” said Stephen Gould, owner of the distillery and restaurant.

Two other customers intervened after Roche attacked the employee, who suffered bruises and other injuries in the assault.

“He was pushed with so much force that he broke that actual door latch on the door frame,” Gould said. “He hit it at just the right angle where the screws sheered out of the cement behind the door frame, ripping open his back and bruising his back.”

Police believe that's the first physical assault over the city's mask mandate, but Gould believes that attacker should face more serious charges than a citation for harassment and trespassing.

He plans to ask city officials to impose stronger penalties for mask-related assaults, such as a new order issued by the governor in Illinois that allows prosecutors to impose aggravated battery charges in those cases.

“This is no different than an underage drinker with a fake ID walking in here and attacking one of my employees for not selling him booze underage," Gould said. "Every single business that deals with the public — and I don’t care what kind of business it is — their employees are at risk because of members of the public that are angry, that are anti-mask and are willing to attack people simply for asking them to put a mask on.”

“This guy John Roche is so full of anger and so self-entitled that someone doing something simple like saying ‘Hey you need a mask,’" he added, "is in his mind justification to attack somebody.”