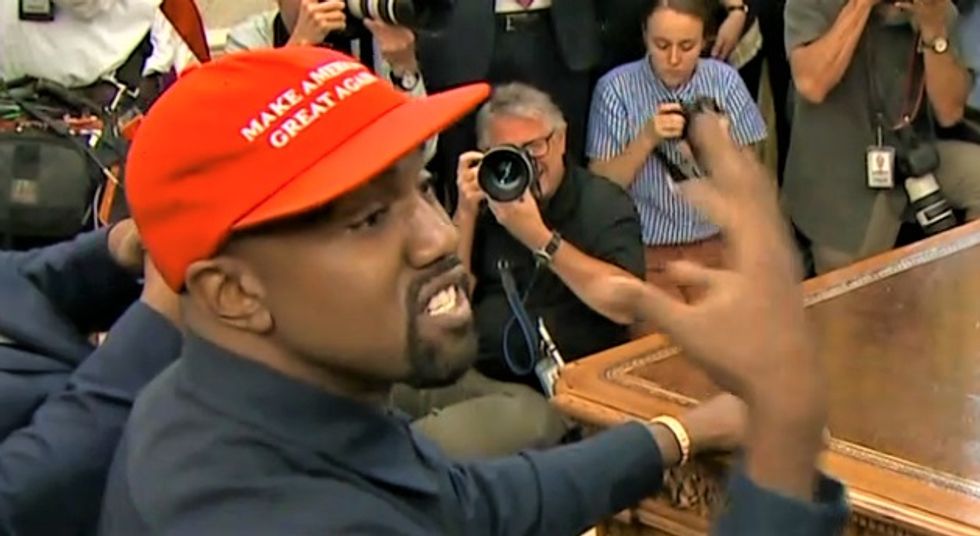 Right-wing operatives have been working to get rapper Kanye West on the ballot in key swing states in the hopes of drawing Black voters away from former Vice President Joe Biden.

However, Politico reports that a new Morning Consult poll shows that West is drawing just two percent of Black voters -- and his presence in the race isn't putting a dent in Biden's lead over Trump.

"I think a lot of people of color view Kanye’s bid for the presidency as a quixotic one, and they don’t see him as being legitimate for the office," he explained. "It’s more of yet another Kanye publicity stunt."

Derrick Clay, an Ohio-based Democratic strategist, similarly tells Politico that most Black voters see Kanye as an eccentric who is more of a sideshow than a serious political contender.

"The bottom line is that Kanye West is an entertainer," Clay says. "That’s not to say that he can't participate in electoral politics, but his candidacy is more a distraction... I think that strategy is going to backfire on them."