Convalescent plasma: What you need to know 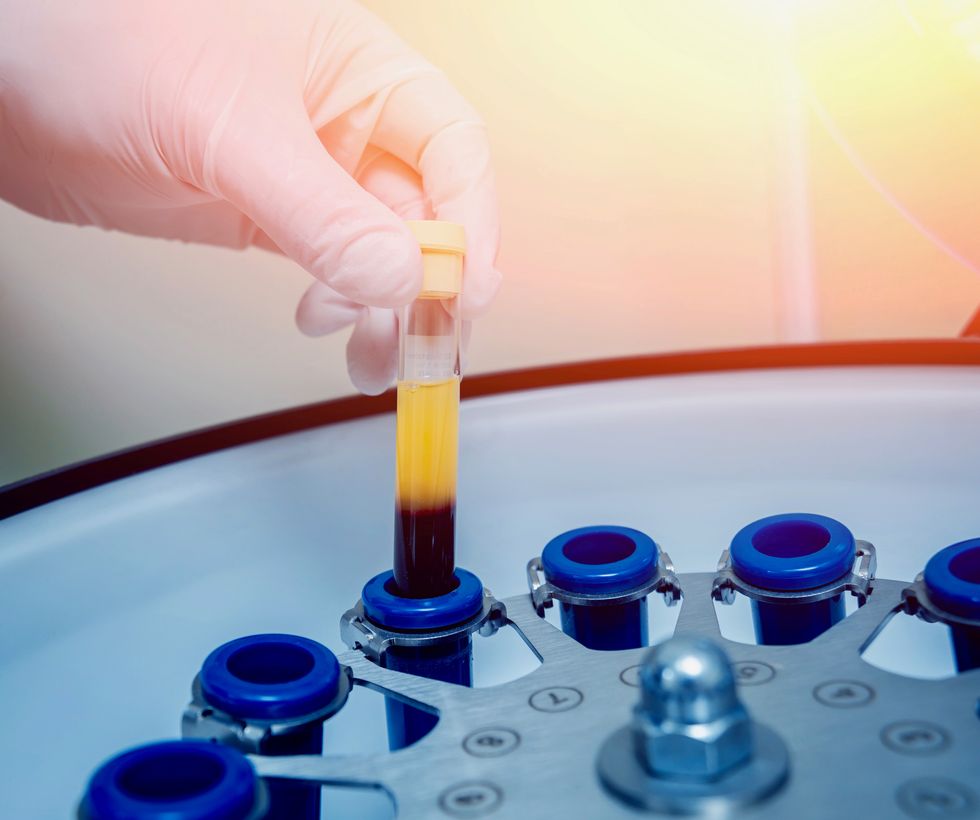 The United States has issued an emergency authorization to use blood plasma from recovered COVID-19 patients as a treatment against the disease.

Is it safe and effective? Has President Donald Trump's administration put political considerations ahead of the science? Here's what you need to know.

- What is convalescent plasma? -

When a person has COVID-19, their body produces antibodies that fight the coronavirus. These proteins float in plasma, the liquid component of blood.

The antibodies can be harvested from patients who have recovered and injected into the blood of others to help them fight the same infection. The idea isn't new -- so-called "passive immunization" was first tried out against diptheria in 1892 and later against the 1918 flu pandemic.

The research into these questions is still ongoing, but some early signs have been encouraging.

In June, the Mayo Clinic analyzed the safety of plasma following transfusion in a group of 20,000 COVID-19 patients, finding extremely low rates of known side-effects such as heart failure, lung injury, allergic reaction and death.

"We concluded that the use of convalescent plasma was safe," Dr Scott Wright, who led the study that was published in Mayo Clinic Proceedings, told AFP.

Importantly, there was no sign of an effect called "antibody-dependent enhancement," when antibodies that aren't well suited to stopping a virus actually lead to more cells becoming infected.

On the question of how effective it is -- all experts agree on the need for more clinical trials to compare plasma against standard care.

Dr Soumya Swaminathan, chief scientist of the World Health Organization, said a few trials have reported their findings but they "have been relatively small and the results, in some cases, point to some benefit, but have not been conclusive."

Another study by Mayo Clinic -- which was not a clinical trial and hasn't yet been peer-reviewed -- suggested plasma helped reduce death rates among hospitalized patients when given early and when the antibody levels were high. But there was no placebo, making it hard to read too much into the findings.

It also found that plasma containing higher levels of antibodies was more effective at reducing the death rate than plasma with lower antibody levels.

Researchers at Johns Hopkins University are meanwhile running a trial in which they are using plasma to immunize patients before they have a chance to get sick. Dr David Sullivan, who is leading this trial, compared it to an "immediate vaccine."

If it works, "we can tell people that if you're high risk... you can get this early, and you don't have to worry about going to the hospital," he told AFP.

Some scientists believe that while plasma might be useful right now, in the long-run it might be more advantageous to identify the best antibodies to COVID-19 then synthesize them in labs. These are known as "monoclonal antibodies" and they are being developed by biotech firms including Regeneron and Lilly.

The advantages are that doctors know precisely what they are getting and case dose accordingly, and the drugs can be mass-produced.

On the other hand, since the virus is continually mutating, antibodies that were produced in a lab to fight an older version might not be as effective as recently-harvested plasma.

- Was the authorization politicized? -

The Food and Drug Administration has previously issued emergency authorizations for the antiviral drug remdesivir, after it was shown to have moderate efficacy against the coronavirus, and for the antimalarial drug hydroxychloroquine, which was subsequently reversed following safety concerns.

Political commentators have questioned the timing of the FDA's latest move as the Republican Trump lags in polls before the November election.

Indeed, in making the announcement, both Trump and FDA Commissioner Stephen Hahn misrepresented a key statistic when they said that plasma reduced mortality rates by 35 percent.

FDA spokeswoman Emily Miller later clarified that the figure referred to the relative reduction in mortality risk for people who received high-levels of antibodies in the Mayo Clinic study compared to those who received low levels.

"It does undermine the credibility of the entire United States government and the administration but specifically these institutions," said Dr Matthew Heinz, a physician in Arizona who served under former president Barack Obama's health department.

"One thing to emphasize is this information is coming in faster than it has in any other pandemic," he told AFP.