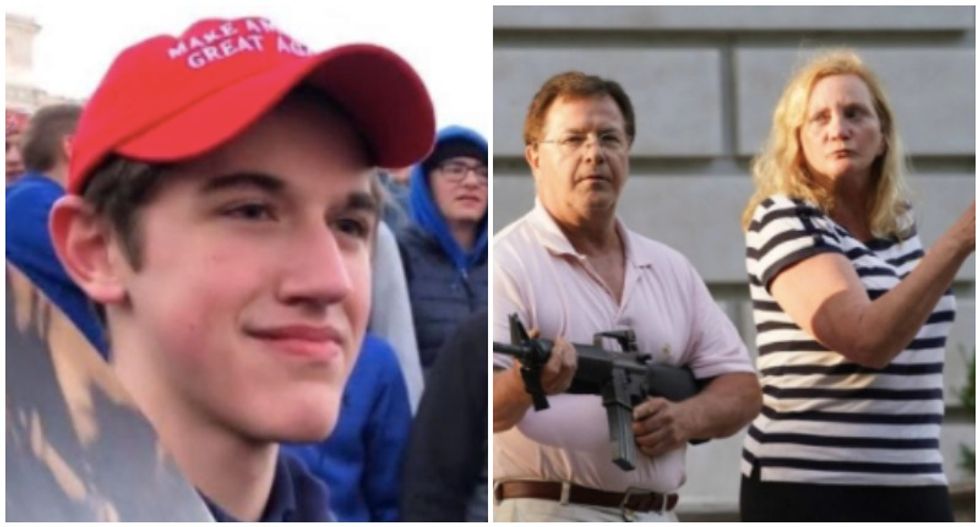 The Republican National Convention will look more like a gathering for true believers than a standard political event, according to one horrified conservative.

This year's RNC will feature an unconventional lineup of fringe characters, controversial figures and relatives of President Donald Trump, and conservative Bonnie Kristian wrote for The Week that the event reminds her of the annual Conservative Political Action Conference.

"People in Founding Fathers cosplay mix with eager Young Republicans in their first grown-up suits, vying for an internship at their favorite think tank," Kristian wrote. "There are D-list celebrities and cringey attempts to be hip to what the kids think is groovy. While smaller panels may feature serious scholars and break-out sessions offer training in get-out-the-vote techniques, the televised main stage tends toward the titillating and gimmicky."

"The convention has been moving in this direction for decades, but the pandemic-forced format change makes that evolution far more obvious than in years past," she added.

"COVID-19's elimination of most of the usual convention elements has accelerated and highlighted this transformation," she added. "This year, the Republicans have no platform committee at all. Party leadership has rather decided to simply recycle the 2016 platform, with now-awkward derogatory references to the abuses of 'the current president' left intact."

Kristian said RNC guest speakers have leaned in the CPAC direction for years, but she was struck by the inclusion of Nick Sandmann, the Covington Catholic student seen confronting protesters in a viral video, and Mark and Patricia McCloskey, the so-called "St. Louis gun couple" seen awkwardly pointing guns at protesters in another viral video.

"Sandmann and the McCloskeys would be no surprise at CPAC, which loves a teenage pundit and a divisive, viral moment," Kristian wrote. "But they would be out of place as speakers at Republican National Conventions past."

Kristian looked back at the guest speakers from the past five GOP conventions and found few comparable participants, and she couldn't think of a good reason to include Sandmann and the McCloskeys.

"I'm not the target audience for the CPAC-ification of the Republican National Convention, and 'interesting' isn't the word I'd choose here," she added. "The McCloskeys strike me as primarily emblematic of poor judgment, and were Sandmann my child, I wouldn't allow his name and face to be used once again by political activists with priorities other than my son."