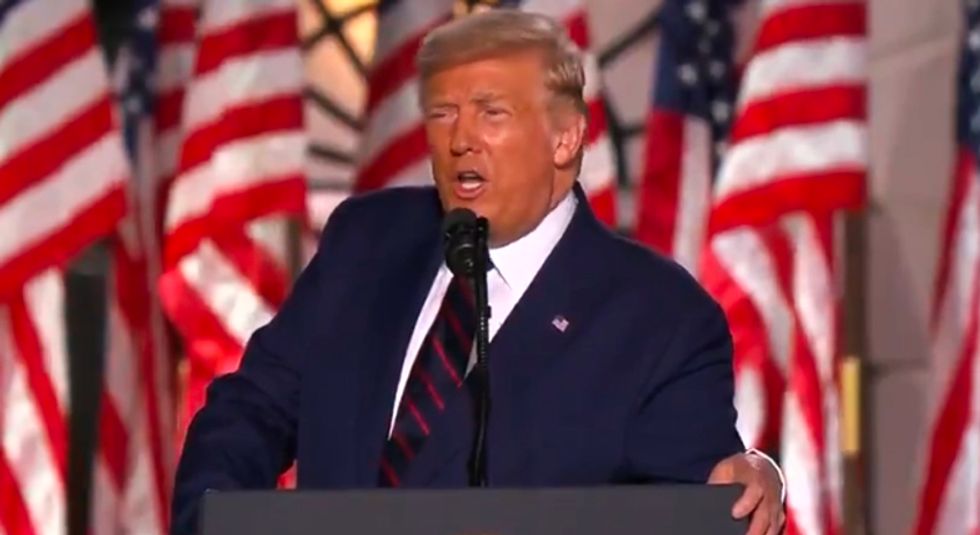 Before concluding that he personally thought Donald Trump's Thursday night acceptance speech did nothing for his re-election prospects, MSNBC analyst John Heilemann revealed that Democratic strategists were worried about tightening polls and how the Republican National Convention would be received -- but no longer.

Speaking with "Morning Joe" co-host Joe Scarborough, Heilemann said he has been in contact with Democratic strategists throughout the convention and that the more they saw, the more they believed it wouldn't impact the president's fading re-election chances.

"I think our verdict at the end of last week on the Democratic convention still stands and I think the Democrats feel good about what they got done," he began. "I would say in this week which is what we're thinking about, I'm curious what you thought about Trump's speech last night. Talking to Democrats all week long this week, everybody was critical of a variety of things that the Republicans did this week. But purely from the standpoint of political operatives paying attention to this race, to this convention, there was a sense of nervousness on the part of Democrats who had seen polls tightening in the battleground states and thought what the Trump campaign was trying to do in the convention, thought they had a successful first three days of the convention."

"Then last night I heard an exhalation of relief because I think the view of Trump's speech last night, the speech itself was bad, was long, was boring," he continued. "Trump did not seem -- he's always bad on the teleprompter, he likes to riff, they did not want him to do that last night clearly. A 70-minute speech where he did not have that much energy through most of it -- he has trouble reading -- so the speech was delivered in a halting way."

"I think that speech did him no good at all," he concluded.