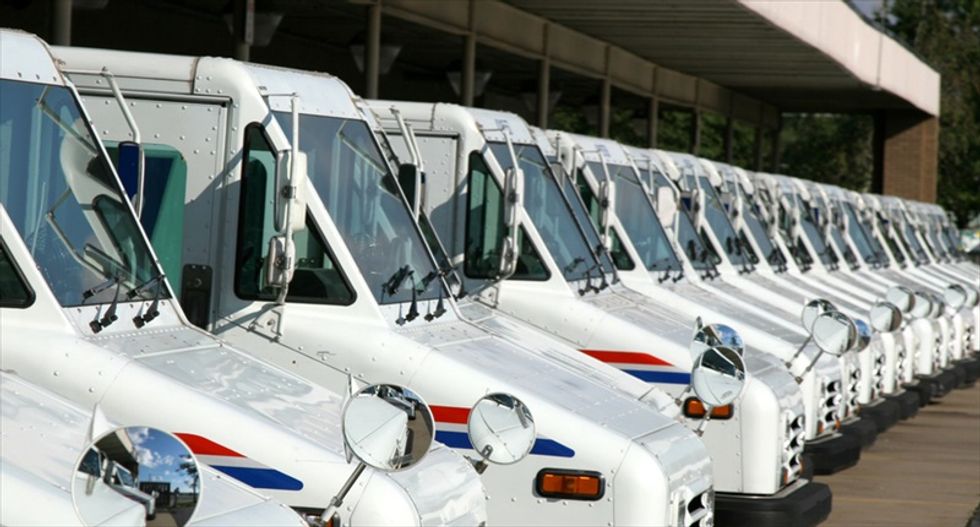 Postmaster general Louis DeJoy told Congress on Friday that he was implementing sweeping changes across the U.S. Postal Service to save money, but WTVF-TV found that an empty truck was driving from Tennessee to Illinois as the Trump official testified.

"Trucks leave empty," said Joe Jolley, an employee with the postal workers union in Nashville. "They leave completely empty. We pay a truck to travel to Memphis, a 53-foot truck with no mail on it."

DeJoy's new policy won't allow trucks to hold for even five minutes to be filled with mail, Jolley said, and some Express Mail and Priority Mail is left sitting on the dock after trucks leave by the ordered time.

"That is very important mail -- cremated remains, legal documents, things that must be delivered on time, guaranteed delivery -- and we are not making that guarantee," Jolley said.

The service's inspector general issued a report in June on the transportation network that found delays in mail processing and inadequate dock staffing resulted in five million late trips last year that cost the agency $410 million.

DeJoy responded by ordering every truck to remain on schedule, whether or not they were loaded with mail.

Another 53-foot trailer was empty when it left for Bowling Green, Kentucky, four minutes ahead of schedule.

That's leading to daily delays in mail delivery, and other DeJoy-ordered changes are making it impossible to get mail to the trucks before they leave.

Five of Nashville's 34 mail-sorting machines have been dismantled, according to multiple sources from the postal union, and employees think DeJoy is intentionally wrecking the service he leads.

"I believe with the new postmaster general that he's basically just delaying the mail," said Don Eggers, a 40-year employee and vice president of the American Postal Workers Union, Local 5. "Those machines, once they are gone, they are not coming back."