‘Enraged Trump supporters vowed to kill me’: Michael Cohen reveals what happened after he flipped 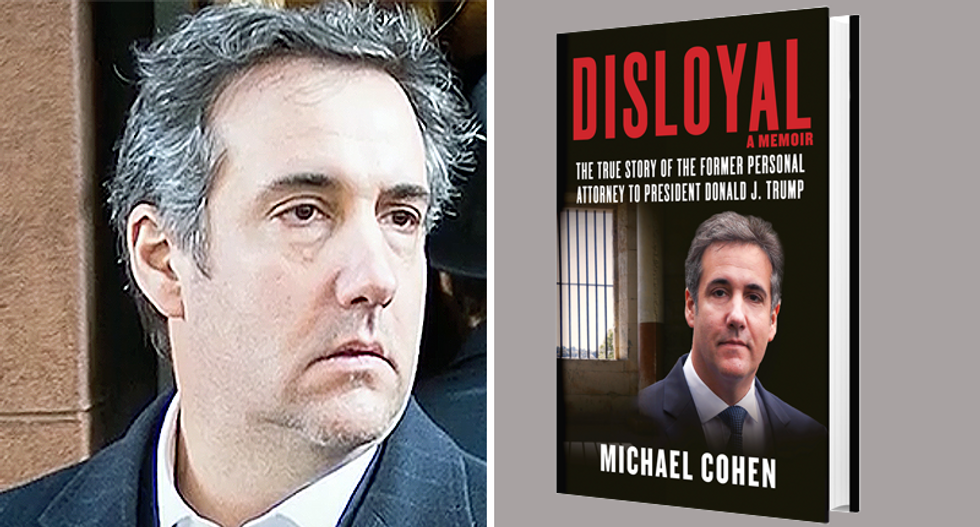 Composite image of Michael Cohen (screengrab) and the cover of his new book, “Disloyal: A Memoir. The true story of the former personal attorney to President Donald J. Trump”

Donald Trump's former personal attorney says he has received hundreds of death threats after flipping on the president of the United States.

Cohen revealed the threats in the forward to his forthcoming book “Disloyal: A Memoir. The true story of the former personal attorney to President Donald J. Trump.

"The President of the United States wanted me dead," the forward begins. "Or, let me say it the way Donald Trump would: He wouldn’t mind if I was dead. That was how Trump talked. Like a mob boss, using language carefully calibrated to convey his desires and demands, while at the same time employing deliberate indirection to insulate himself and avoid actually ordering a hit on his former personal attorney, confidant, consigliere, and, at least in my heart, adopted son."

"Ever since I had flipped and agreed to cooperate with Robert Mueller and the Special Counsel’s Office, the death threats had come by the hundreds," Cohen revealed. "On my cell phone, by email, snail mail, in tweets, on Facebook, enraged Trump supporters vowed to kill me, and I took those threats very seriously."

"The President called me a rat and tweeted angry accusations at me, as well as my family. All rats deserve to die, I was told. I was a lowlife Judas they were going to hunt down. I was driving because I couldn’t fly or take the train to Washington. If I had, I was sure I would be mobbed or attacked. For weeks, walking the streets of Manhattan, I was convinced that someone was going to ram me with their car. I was exactly the person Trump was talking about when he said he could shoot and kill someone on 5th Avenue and get away with it," Cohen wrote.

The forward also reveals allegations of deviant sex acts and a backchannel to Putin.