Ex-federal prosecutor wonders if Bannon will be so scared of jail he’ll sell out Donald Trump Jr. and Jared Kushner 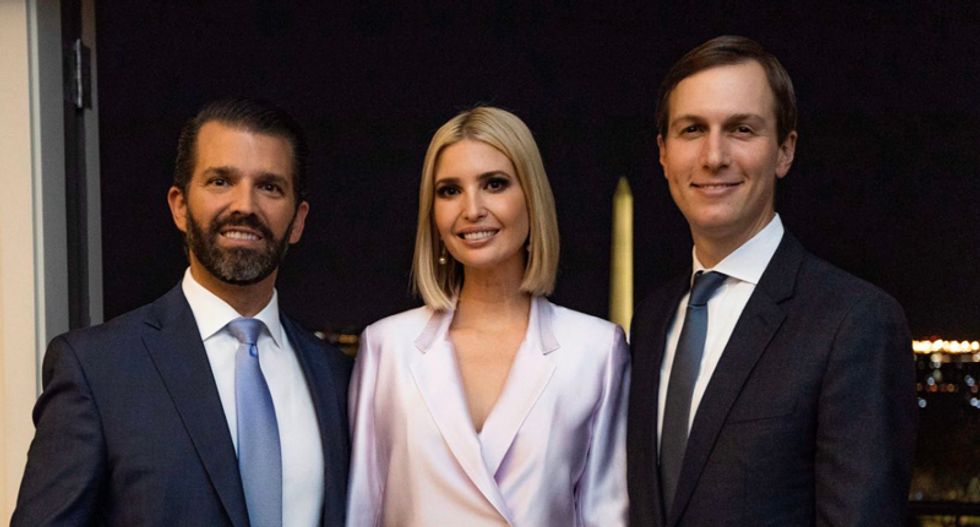 While this investigation includes wire fraud that has nothing to do with the president's other scandals involving Ukraine, Russia, possible bank fraud, obstruction of justice and any attempts to obstruct the passage of mail, a federal prosecutor wonders if Bannon will want to make a deal.

Speaking to MSNBC on Thursday, former prosecutor Barbara McQuade explained that the two charges against Bannon carry 20-year penalties each, and while as a first-time offender Bannon isn't likely to get the maximum penalty, he will serve time if he's found guilty.

It's that reason that McQuade wonders if Bannon won't try to give up information on Donald Trump Jr. or Jared Kushner, who joined Bannon in the meeting with the Russian lawyer at Trump Tower.

"They always say that when you are trying to get -- I'm not comparing Steve Bannon to a mob boss, but getting a mob boss should get you a look at the finances, you look at the taxes," said host Katy Tur explained. "That's an easier way of finding someone guilty for a crime when there are other crimes you're having a harder time proving."

McQuade agreed, noting that it's known as the Al Capone theory of prosecution because it was so difficult to find witnesses who would testify against him for his other crimes.

"Looking at someone's finances is often a way to build a case against them," McQuade explained. "In the case of Steve Bannon, it looks like he was part of a larger scheme to engage in fraud. But one of the first things a defense attorney will do with a client is to say, 'What do you know? What kind of information do you have that I can offer to the prosecution in exchange for leniency in your sentence here?' So, there's a strong incentive for people to provide information."

She told Tur that it happens frequently because people who associate themselves with other criminals typically have other information about those criminals and their criminal behavior.

"So, Steve Bannon, who was the CEO of the Trump campaign," she continued. "He knows an awful lot about Donald Trump Jr. and Jared Kushner and other people close to that campaign. Even if it doesn't relate to Russian campaign interference, it may relate to other kinds of financial fraud."

McQuade also explained that prosecutors prefer cases like these because it involves documents and they're easy to prosecute because all of the information is available in writing.

The president commented that he doesn't know Bannon that well and never approved of the project.

See her comments below: