Ex-RNC head drops the mic on Trump voters in epic rant: 'You're stupid -- you're getting played' 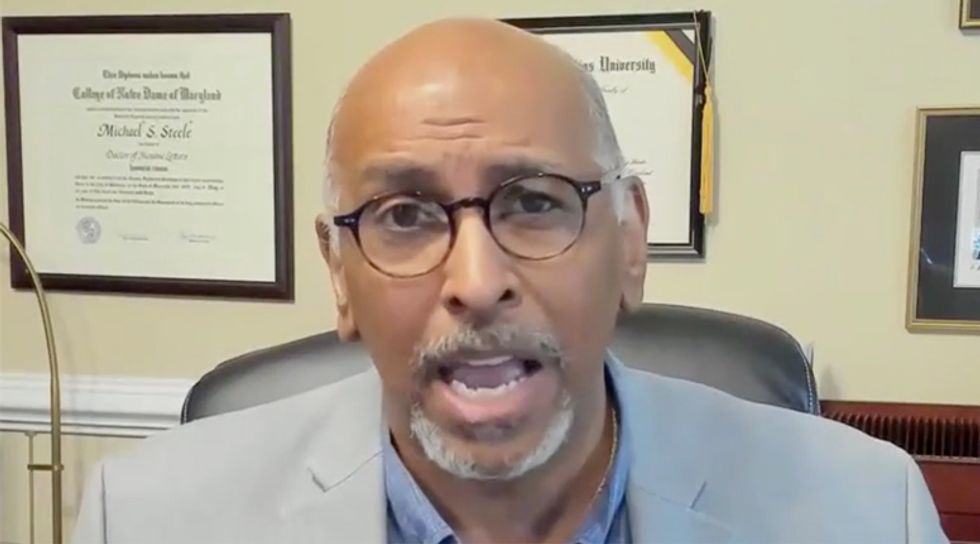 Former Republican National Committee head Michael Steele went off on supporters of Donald Trump on Sunday morning, saying they are "stupid" for continuing to stand by him after three and a half years.

Sitting in on a panel with MSNBC host Jonathan Capehart, the normally staid Steele was asked about the upcoming Republican National Convention before going on an extended -- and frequently sarcastic -- diatribe.

"Michael Steele, do you have any hope that that's what we're actually going to hear out of the Republican Convention?" host Capehart asked.

"Y'all want to play this game that Donald Trump is like you? You're stupid. You're being played. You're getting punked," he continued. "What's so bad about it is you're complicit in your own punking. And those who have said I'm not doing that because that's not me, understand why: we refuse to collaborate."