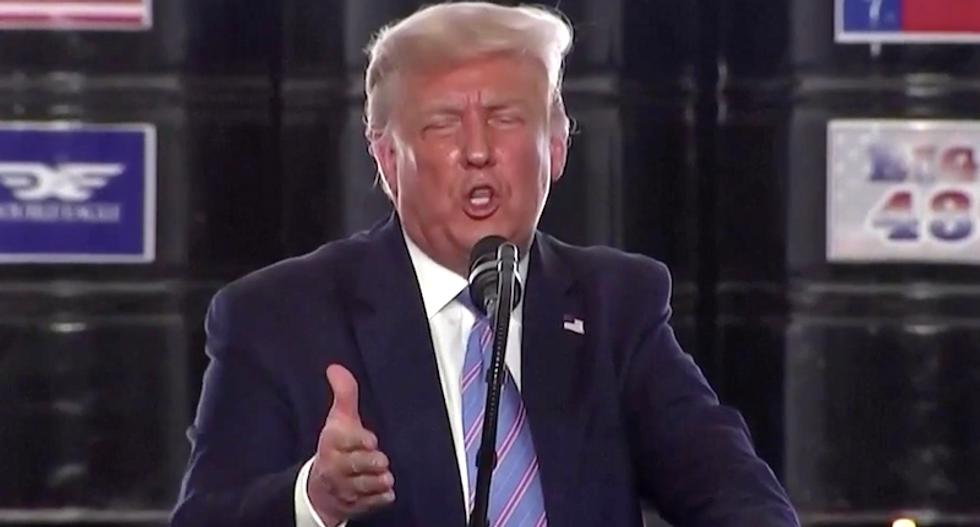 Facebook has been criticized by users for refusing to check President Donald Trump's false information, incorrect ads, and array of posts on the social media site, but it wasn't until Wednesday that they finally removed a post for his lying.

"This video includes false claims that a group of people is immune from COVID-19 which is a violation of our policies around harmful COVID misinformation," Andy Stone, a Facebook policy spokesperson told NBC News.

The video was of Trump's interview with Fox News in which he claimed children should go back to school because they are “almost immune" or “virtually immune” from coronavirus. In fact, many children have died from the virus and they are thought to be "superspreaders."

The more we look at the Jan. 6 Insurrection at the Capitol, the more we see attackers with military experience.

A National Public Radio (NPR) analysis of the 140 arrested to date says one in five was a military veteran who clearly had sworn in the past to protect the Constitution and democracy. By comparison, veterans represent about 7% of Americans altogether.