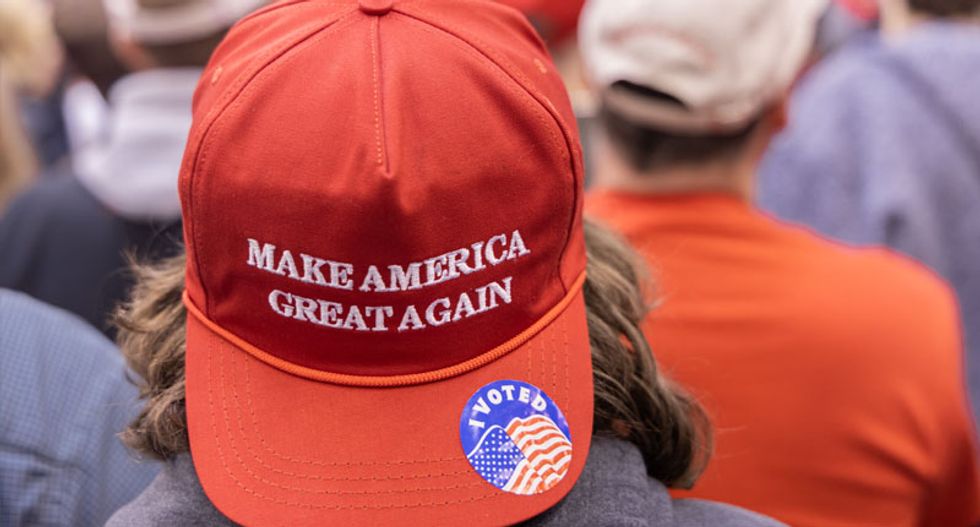 Facebook said Thursday it took down accounts running a deceptive campaign out of Romania pretending to be Americans supporting US President Donald Trump ahead of the coming election.

"The people behind this network used fake accounts to pose as Americans, amplify and comment on their own content, and manage pages including some posing as President Trump fan pages," Gleicher said.

The network posted about the upcoming presidential election; the Trump campaign, conservative ideology, Christian beliefs and the far-right organization Qanon linked to conspiracy theories, according to Facebook.

The Facebook security team determined that the activity originated in Romania and focused on the US.

"We found this network as part of our investigation into suspected coordinated inauthentic behavior ahead of the 2020 election in the US," Gleicher said.

The network often reposted stories by US conservative news networks and from the Trump campaign, according to Facebook.

Facebook pages in the campaign had about 1,600 followers, while about 7,200 people followed one or more of its Instagram accounts, the California-based internet giant reported.

Coordinated deception such as this "blurs the line between healthy public debate and manipulation," Gleicher said while briefing reporters.

"We can only tackle one piece of what is a whole-of-society challenge; it is increasingly clear no single organization can handle this alone."

He echoed a call from Facebook chief executive Mark Zuckerberg for political leaders to establish clear rules regarding what kinds of contents or behaviors should not be tolerated by online platforms.

"Even though it is hard to pin down motive, the behavior still violates our policies and we can take down the content," he said. "It doesn't matter what side they are on."

Clues as to who ran the campaign were sparse, but there was "ample evidence" it used deception to artificially amplify pro-Trump messages, according to the Atlantic Council digital forensics team.

"The overall impact of this effort appears limited, as many of the accounts primarily interacted with one another’s posts," an Atlantic Council analysis concluded.

"Overall, the network appeared to be targeting pro-Trump conservatives in the United States."

A separate coordinated campaign derailed in July by Facebook appeared to be aimed at China.

The campaign was operated globally, from regions including North America, Europe, Australia, Vietnam, Taiwan, Hong Kong, and Indonesia, according to Facebook.

Those behind the campaign posted about global news and events including the Hong Kong protests; US policies toward China; the Falun Gong movement, and criticism of the Chinese government, Gleicher said.

"Although the people behind this activity attempted to conceal their identities and coordination, our investigation linked this network to Truth Media, a digital media outlet," Gleicher said, adding that Facebook had banned the outlet.