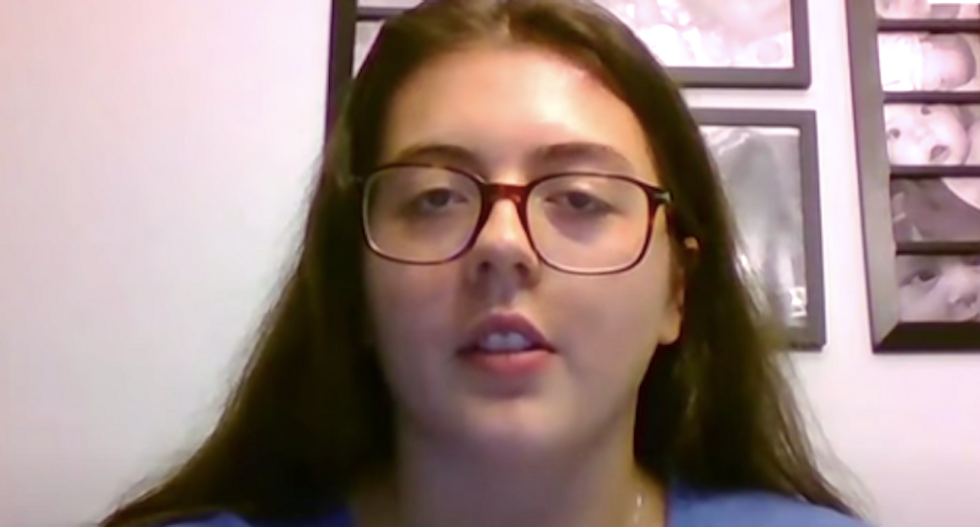 A Georgia teen had her school suspension lifted for posting photos of crowded hallways after returning to classes during the coronavirus pandemic.

Hannah Watters shared photos from inside North Paulding High School showing students crowded together, with few wearing face coverings, and school officials relented on punishing her after the image and the girl's suspension went viral, reported the Atlanta Journal-Constitution.

“I spoke to the principal a short time ago and he has rescinded the suspension and she will have no discipline on her record,” said her mother Lynne Watters.

The 15-year-old said the school notified her that she'd violated school policies against using her phone during instruction time and being active on social media during school hours, but she claimed the posting was made after hours -- and insisted she had no regrets.

"I'd like to say this is some good and necessary trouble," Watters said. "My biggest concern is not only about me being safe, it's about everyone being safe because behind every teacher, student and staff member there is a family, there are friends, and I would just want to keep everyone safe."

The school backed down on the suspension after nationwide outcry over the disciplinary action.