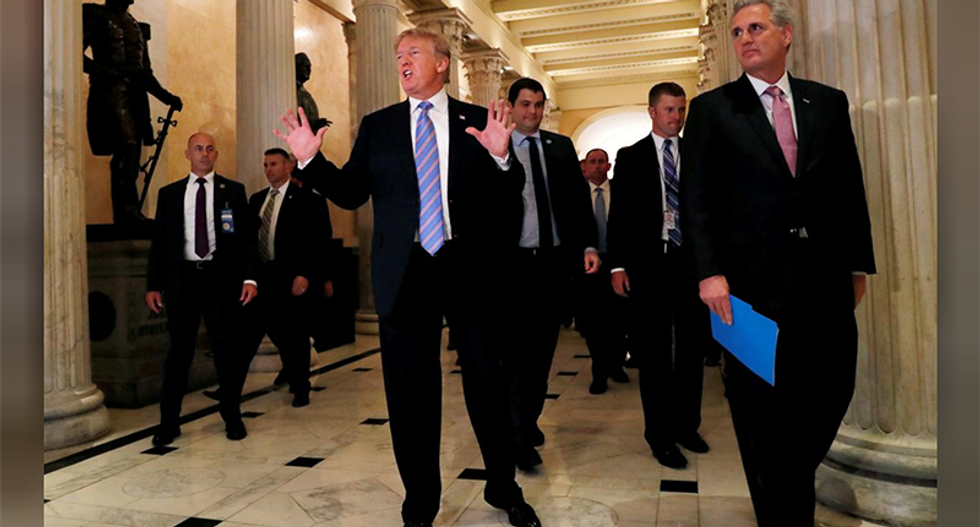 Although many Republican lawmakers are still wary of crossing President Donald Trump, many of them are no longer quite so eager to be seen as his staunch defenders.

The Los Angeles Times reports that the president has shown "little interest" in twisting Republicans' arms on passing a new economic relief package during the COVID-19 pandemic that so far has killed more than 160,000 Americans.

GOP strategist Alex Conant tells the Los Angeles Times that Trump isn't doing more to push his party because his influence among them has fallen significantly.

"He does not have much political capital to spend," he explained. "Congressional Republicans don’t want to cross Trump, but they also don’t want to carry his water."

David Gergen, who has served as a counselor to both Republican and Democratic presidents, tells the LA Times that Trump's ability to bend Congress to his will appears lower than it's ever been.

"He has lost a great deal of his personal power," he said. "He still has his constitutional powers, and, if anything, he’s pushing more against the limits of those. But he’s lost the ability to rally people behind him and there’s no one thing he can do as president to turn this around."