House gears up to subpoena DeJoy over his refusal to turn over documents: report 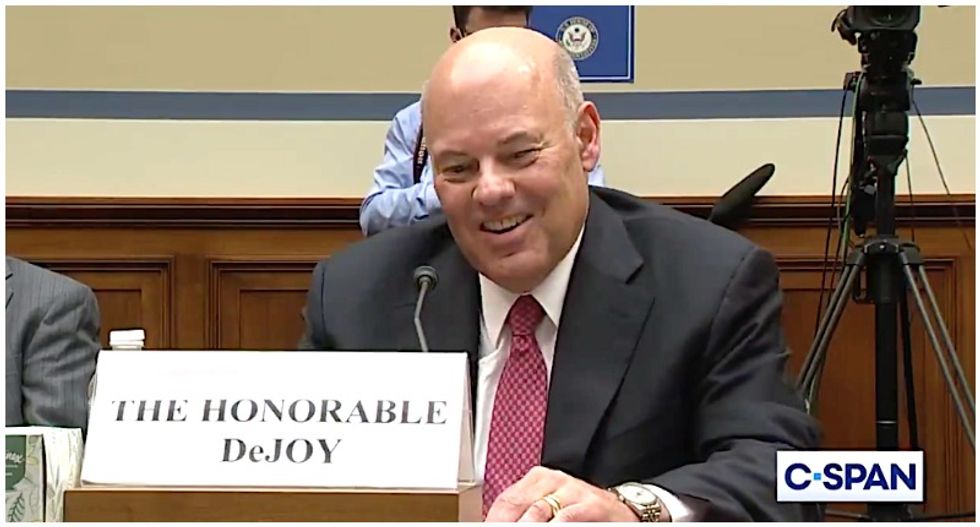 According to a report from POLITICO, the House Oversight Committee is gearing up to issue a subpoena for Postmaster General Louis DeJoy, after the Committee determined he ignored their request for documents regarding mail delays and "contacts" with White House officials and Trump's campaign.

"The panel is seeking details on changes to USPS overtime policy, sorting machines and general delays in mail service, which they warn will undermine mail-in voting across the country," POLITICO reports. "The committee is also issuing a document request to USPS board chairman Robert Duncan about materials it says Duncan is withholding by citing a Justice Department legal opinion. Maloney intends to issue a subpoena for those documents as well if Duncan doesn’t comply, according to committee aides."