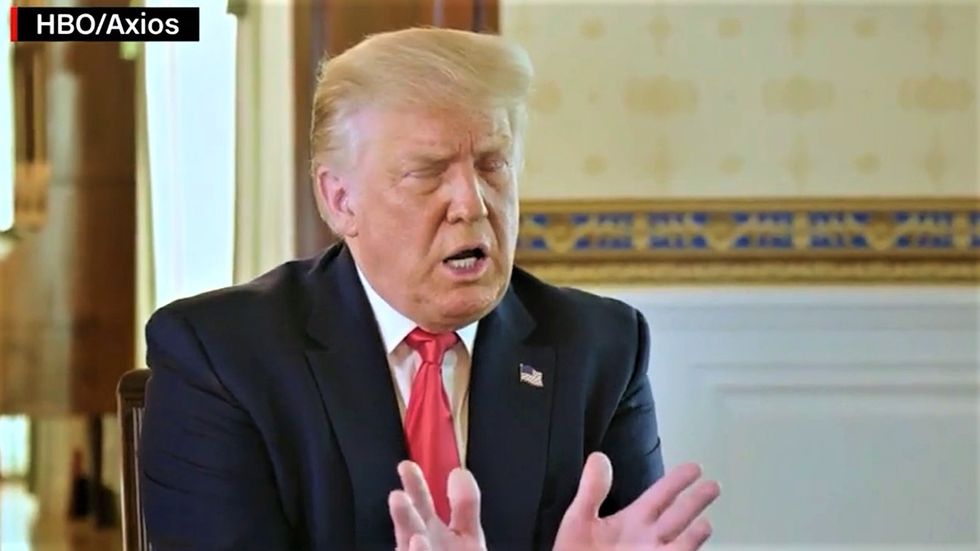 President Donald Trump's interview with Axios reporter Jonathan Swan was still making waves on Tuesday morning, and CNN political director David Chalian called out the president for continuing to attack the late Rep. John Lewis (D-GA) less than one month after his passing.

During the interview, Swan asked Trump what he believed Lewis's legacy would be, and the president ranted about the civil rights icon refusing to attend his inauguration in 2017.

"I don't know John Lewis," Trump said. "He chose not to come to my inauguration."

Trump then wouldn't say if he found Lewis's story impressive, before once again griping about the inauguration.