Inside sources say Bannon had a private conversation with Trump just weeks ago: report 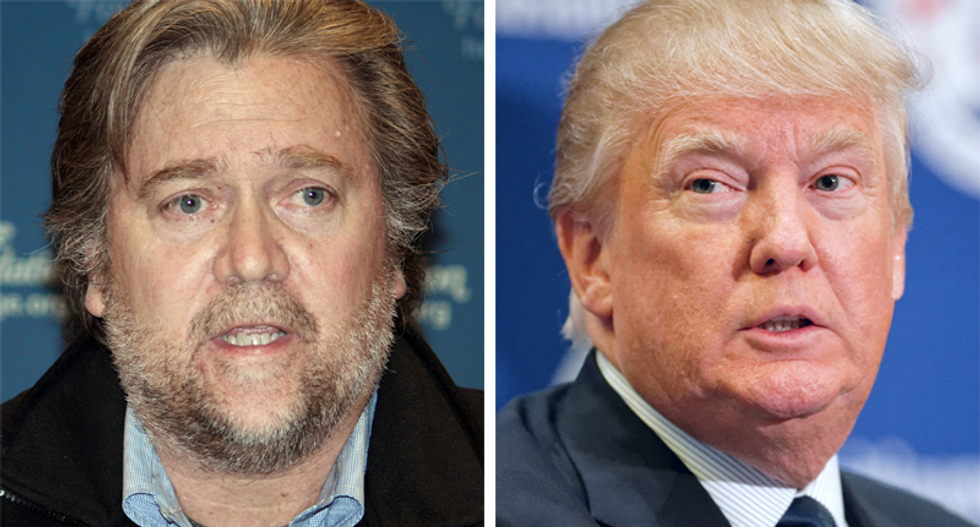 According to former White House chief adviser Steve Bannon, he and President Trump still speak to each other once in a while, CNN reports.

Although Trump tried to distance himself of Bannon in the wake of his arrest for defrauding donors to the "We Build the Wall" campaign he was associated with, an inside source speaking to CNN said Bannon has boasted of his conversations with Trump as recently as a few months ago. Another source told CNN that the pair's last conversation was as recent as a few weeks ago.

CNN points out that reports say Trump was unhappy with Bannon's involvement with the fundraising campaign.

"The two men had a public falling out in August 2017, when Bannon was forced out of his White House position in the aftermath of the violence in Charlottesville, Virginia," CNN reports. "Those hard feelings lingered for months after Bannon criticized Donald Trump Jr.'s meeting with a Russian attorney at Trump Tower during the 2016 campaign."