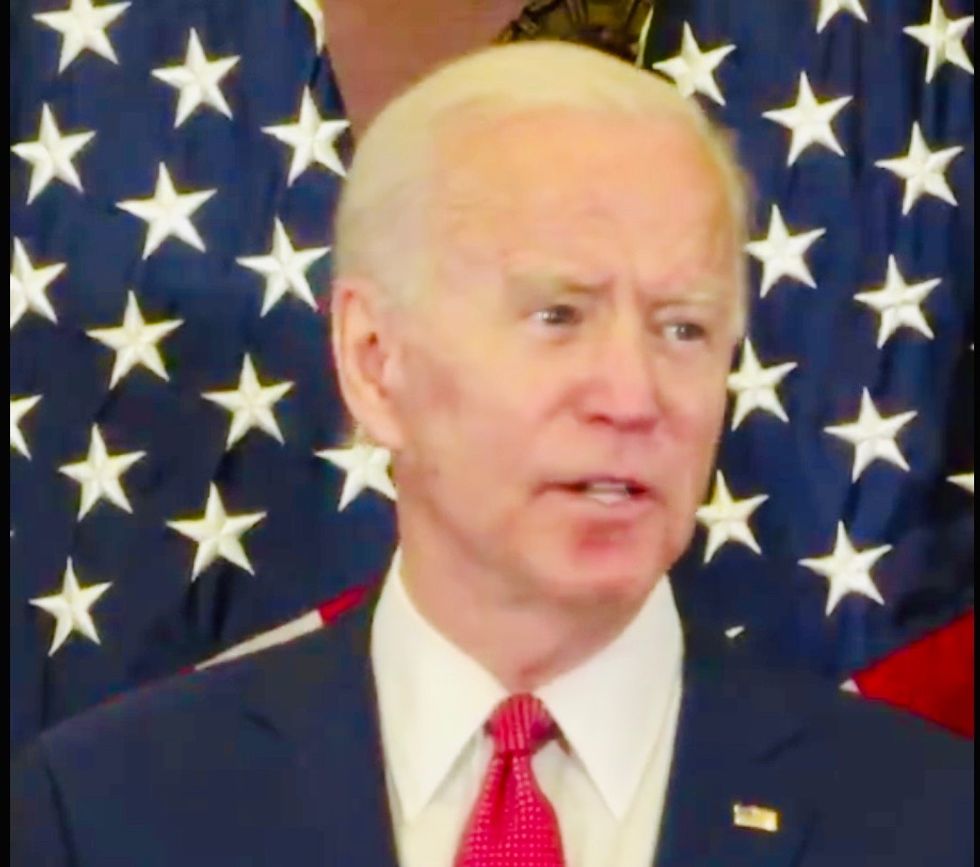 When Democrats convene for their party's virtual convention next week amid the backdrop of a global pandemic, media coverage of the event will be interspersed with insurance industry ads attacking the public option—a policy solution supported by presumptive Democratic nominee Joe Biden—as a "one-size-fits-all approach" that would lead to "government-controlled health insurance."

The planned digital and television ad blitz was announced Friday by the Partnership for America's Health Care Future (PAHCF), a powerful coalition of insurance, pharmaceutical, and hospital industry lobbying groups that was formed in 2018 with the goal of undermining support for Medicare for All.

In strategy documents obtained by The Intercept, the corporate alliance expressed a desire to "change the conversation around Medicare for All" and "minimize the potential for this option in healthcare from becoming part of a national political party's platform in 2020." To that end, PAHCF earlier this year bombarded the Democratic presidential primary debates with ads attacking Medicare for All using much of the same language it is now deploying against the public option.

Watch one of the coalition's new spots, which fearmongers about potential tax increases under a public option and advocates "private coverage working together with Medicare and Medicaid":

Last month, as Common Dreams reported, the DNC Platform Committee overwhelmingly voted down an amendment that would have added a Medicare for All plank to the final platform. The vote intensified an ongoing grassroots delegate revolt against the Democratic platform; earlier this week, more than 750 delegates voted against the platform in an act of protest against the party's refusal to commit to guaranteeing healthcare as a right.

Rep. Ro Khanna (D-Calif.), leader of the California delegation to the Democratic convention, announced Thursday that he will vote against the party's platform over its exclusion of Medicare for All, telling Common Dreams, "Covid-19 makes Medicare for All an urgent moral imperative."

In its current iteration (pdf), the Democratic platform briefly shouts out "those who support a Medicare for All approach" before calling for the creation of "a high-quality, affordable public option through the Affordable Care Act marketplace." Single-payer proponents have warned that a public option—including the one proposed by Biden—would leave millions without coverage and fail to address the most predatory components of America's for-profit healthcare system.

PAHCF has long made clear that it is opposed to—and will marshal its vast resources to combat—any proposal to significantly reform U.S. healthcare, arguing that Medicare for All, Medicare buy-in, and the public option would each move "toward a one-size-fits-all healthcare system that is wrong for America."

That message is on display once again in the two 30-second spots the group plans to run on "the major broadcast TV and cable networks in select markets" as well as on Facebook, Twitter, and YouTube during both the Democratic and Republican conventions this month.

While the latter spot alludes to the mass healthcare uncertainties and anxieties caused by the coronavirus pandemic, neither of PAHCF's ads mentions that millions of Americans have lost their health insurance during the crisis thanks in large part to a system that ties coverage to employment.

Advocacy group Families USA estimated in a study last month that at least 5.4 million Americans lost their health insurance between February and May—the largest increase in the number of uninsured U.S. adults on record.

"If we had Medicare for All, nobody would be losing their healthcare," Rep. Pramila Jayapal (D-Wash.) said in response to the study.