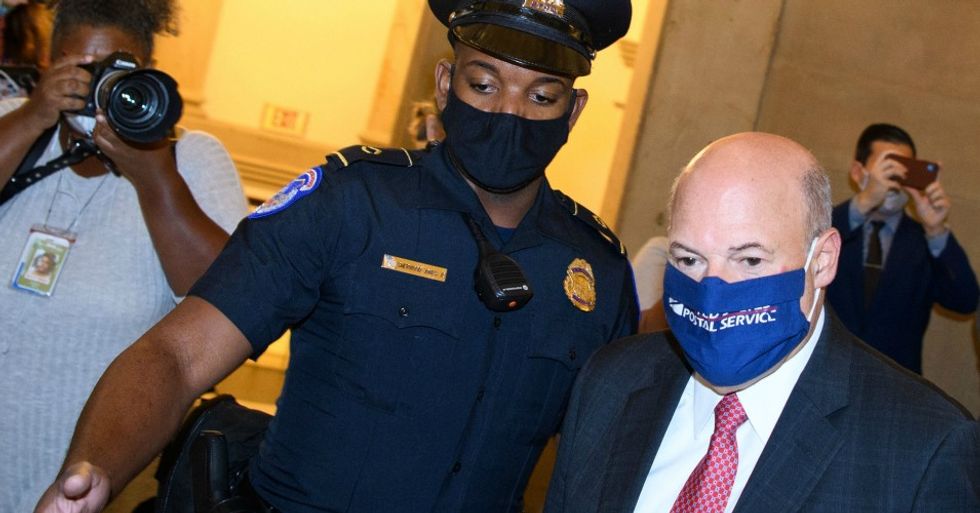 Newly revealed documents show that changes imposed by President Donald Trump's postmaster general have resulted in delivery delays -- and wind up costing more than the system they were aimed at reforming.

Trump donor Louis DeJoy, newly installed to oversee the U.S. Postal Service, has ordered operational changes to cut overtime in a bid to save on cost overruns, but postal workers say the reorganization has only made things worse, reported Reuters.

“It is on the ground costing more in manpower and man-hours than it is saving,” Kimberly Karol, president of the Iowa Postal Workers Union.

Mail carriers are now required to leave on their routes first thing in the morning, with only packages and letters that were sorted the night before, according to one internal memo obtained by Reuters.

“One aspect of these changes that may be difficult for employees is that — temporarily — we may see mail left behind or mail on the workroom floor or docks,” says one July 10 memo.

DeJoy has said he wants to eliminate 64 million working hours nationwide to reduce personnel costs, according to another memo, but Karol said the Trump donor's changes are actually less efficient because mail carriers are now forced to double back to pick up a second batch of mail later in the day.

“We have a system in place that has served them for 200 years," she said. "That system isn’t broken."

The Postal Service reportedly showed a net loss of $2.2 billion in the last quarter, but many of the constitutionally mandated service's financial troubles are related to a 2006 law requiring it to prefund 75 years of retiree health benefits over a 10-year period, which cost more than $100 billion.

Democrats and others have raised concerns about DeJoy, who has a stake between $30.1 million and $75.3 million in USPS competitors or contractors.

The disruptions have also raised concerns that DeJoy, who has donated $2.7 million to Trump and other Republicans since the 2017 inauguration, is trying to undermine confidence in the service he oversees to limit mail-in voting during the coronavirus pandemic.

“You’ve got the customer looking and saying, ‘Is the Postal Service reliable, and now am I going to vote by mail?’” said Scott Adams, president of American Postal Worker Union Local 458 in Maine.