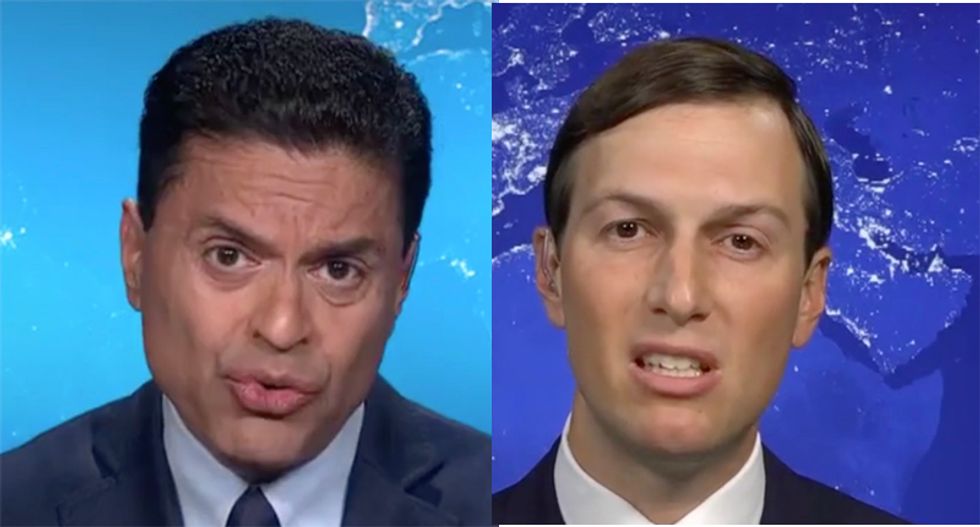 Appearing on CNN on Sunday Morning, White House adviser Jared Kushner was pulled up short by host Fareed Zakaria when he attempted to dismiss voluminous reports concluding massive voter fraud is a myth with an anecdote about a friend in New Jersey who received two ballots in the mail.

Noting the Trump administration's complaints that the only way the president can lose in November is through voter fraud, host Zakaria presented Trump's son-in-law with a list of studies that have proven it doesn't happen.

A smirking Kushner attempted to dismiss them all by sharing an anecdote.

"I'm going to read them to you, Jared," the host began. " He [Trump] talked extensively about the dangers of mail-in voting and the fraud that comes from it. the first slide I'm happy to send you by email is the list of the literally dozens of studies that have been done on voter fraud, all of which have concluded there is none."

Kushner responded by talking about his life as a "civilian" before he joined the White House before relating a claim he heard from a friend in New Jersey who once got two ballots in the mail.

The CNN host then cut in to try and explain the difference between data and an anecdote.

"That's one example," the CNN host pointed out. "The point is you do aggregate data. I'm sure there are ten examples pointing to the opposite. The only way you can see reality is to do aggregate studies."

"You know that, you're smarter.." Zakaria accused, only to be cut off.

"Are you telling me the Brennan Center thing is perfect?' Kushner cut in.

"No. I'm telling you one in New Jersey is not reflective of aggregate data," the CNN host explained.

"Then you could talk to my other friend in New Jersey whose son died seven years ago and he got a ballot," Kushner replied. "I don't have that many friends in New Jersey and I have two raising this with me. "