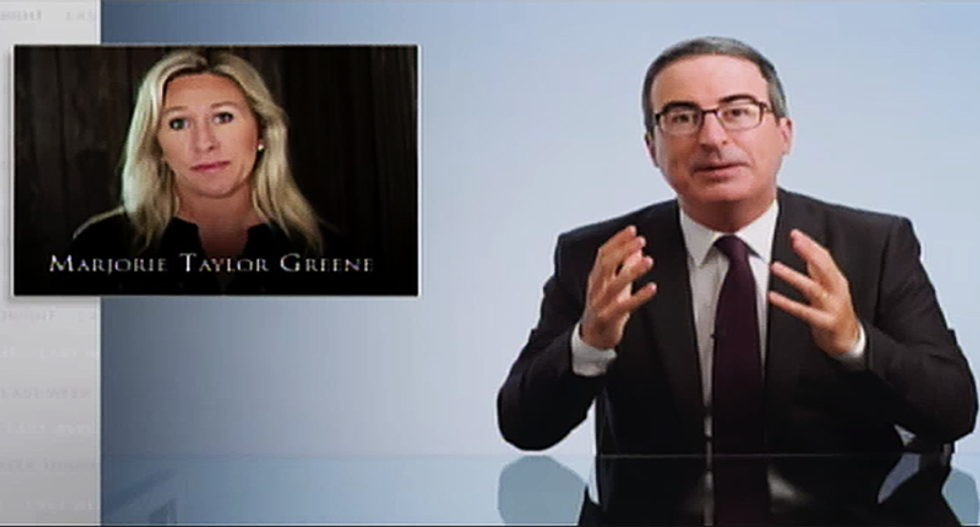 "Last Week Tonight" host John Oliver was most aghast by the recent election of a conspiracy theorist in a northwest Georgia congressional primary. Ahead of the election, Republicans wanted nothing to do with GOP candidate Marjorie Taylor Greene. After she won, however, the GOP is all in.

"Oh great, just when you thought 2020 couldn't get any worse, what with the pandemic and murder hornets, now someone who is openly endorsed a conspiracy theory has won a congressional primary," said Oliver.

He brought up the QAnon conspiracies that would be hilarious if they weren't so incredibly disgusting. They center primarily around pedophilia, something the group has been obsessed with since the PizzaGate conspiracy.

While Oliver rants about the false information that Greene tells about Q, she also believes that on Sept. 11, 2001, a plane never crashed into the Pentagon. "It's odd there's never any evidence shown for a plane in the Pentagon," she explained. There is camera footage of it happening.

Oliver explained that the letter "Q" comes from the idea that Q is someone very close to President Donald Trump, who has "Q" level security clearance. The top security clearance is called "top secret" clearance, and while they may have various branches under it based on "need to know" information, none of them is called "Q."

As Oliver described it: "It sounds just as made up as it definitely is."

He said that the Q nonsense should be enough of a disqualifier for Greene, but her casual racism gets pretty bad. She claimed there was an Islamic invasion in government, that Democrats are forcing Black people into a form of slavery, and one Oliver particularly enjoyed, that people of color should appreciate how far they've come.

"If I were Black people today and I walked by one of those statues I would be so proud because I would say look how far I have come in this country," Greene once said in a video.

"Ok, first of all, if you were Black people?" Oliver asked. "So, not just one Black person but all Black people. Also, why would anyone need you to engage in this hypothetical? You're not Black people! Though I wouldn't be surprised that you temporarily were on a Halloween or two."

He closed by mocking how Republicans have decided they now support Greene after winning, even though they overwhelmingly opposed her while she was in the primary race.

See his takedown below: