Journalists in southern Mexico 'live in terror' of gangs' violence 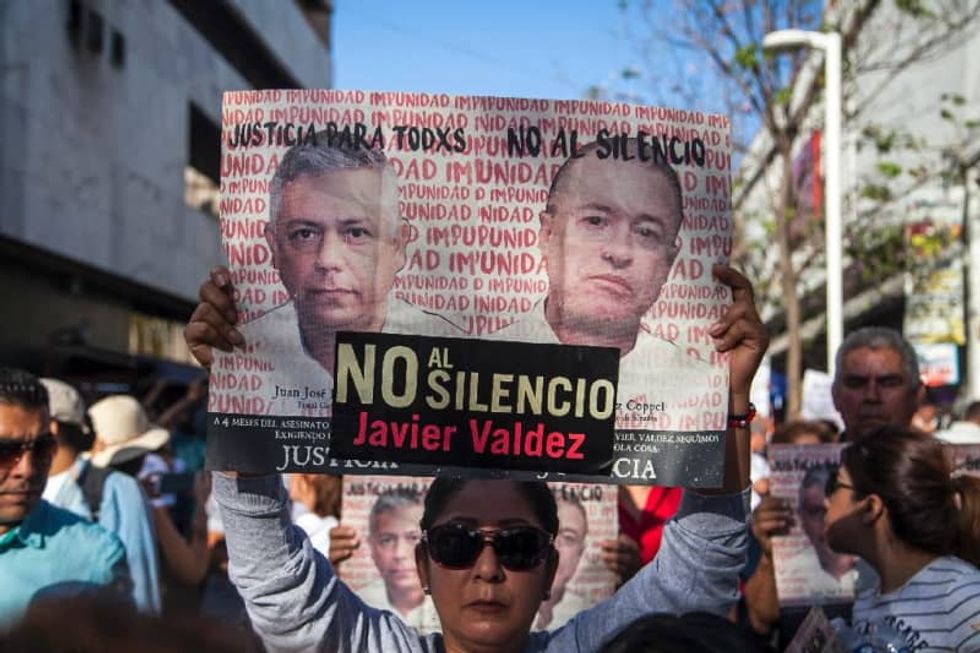 Mexico City (AFP) - Mexican journalist Julio Cesar Zubillaga shudders when his young daughter asks him why "they" want to kill him.He spoke up after a fellow reporter's murder and quickly felt the consequences: death threats and a gun attack on the office where his paper is printed.His experience highlights southern Mexico's status as among the most dangerous regions in a country that is one of the most dangerous in the world for journalists. Zubillaga helped prepare the corpse of Pablo Morrugares, a journalist with digital newspaper PM Noticias, after gunmen killed both him and the policeman ...