'This is an insult to injury': Kenosha sheriff's office defends handcuffing Jacob Blake to his hospital bed 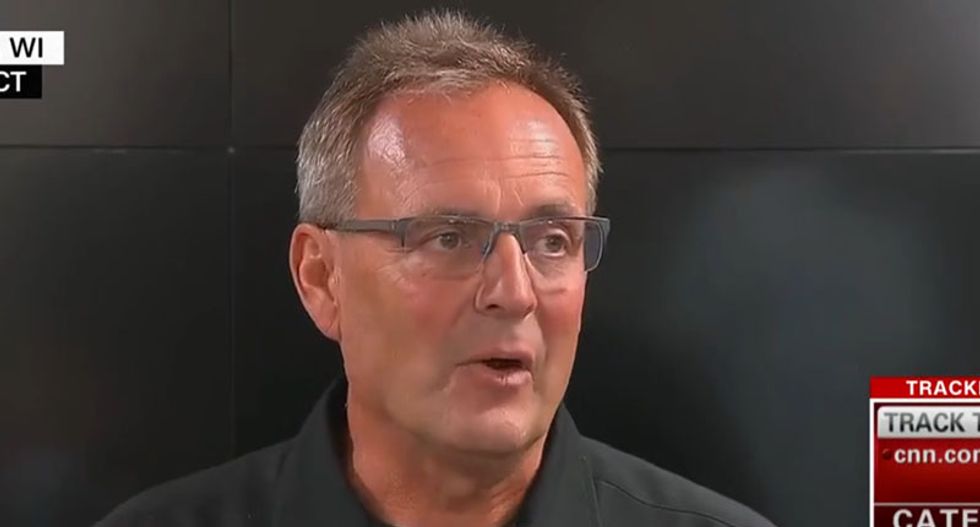 Law enforcement officials in Kenosha, Wisconsin on Friday defended keeping Jacob Blake shackled to his hospital bed even though he is paralyzed, according to CNN.

“We're finally hearing from the sheriff's office in Kenosha county and they say the reason he's shackled is because he has felony warrants on him and they say that anyone with this classification that we are guarding in the hospital would be treated in this manner,” CNN correspondent Shimon Prokupecz reported.

A warrant for Blake’s arrest was filed in July after he was charged with felony third-degree sexual assault, misdemeanor trespassing, and disorderly conduct.

“When police were responding to the incident on Sunday, they knew before they even got there that there may be a person there who was wanted on a warrant,” Prokupecz said.

"I listened to the radio transmissions and really the entire incident just lasted minutes. They were told ahead of time that Jacob Blake was going to be there and that he had this prior case. So they went in knowing they were probably going to be arresting him."

The 29-year-old African American man was shot over the weekend and has no movement from the waist down. The Wisconsin Attorney General's office said in a statement that officers had attempted to use their Tasers before Officer Rusten Sheskey fired his service weapon 7 times into Blake's back.

"During the investigation following the initial incident, Mr. Blake admitted that he had a knife in his possession," the statement claimed.

The latest shooting of a Black man by a white officer has triggered a new national uproar over police violence against people of color in America.

"This is an insult to injury," said Justin Blake, an uncle of the younger Blake. "He is paralyzed and can't walk and they have him cuffed to the bed. Why?"

Blake Sr. said his son told him he can feel pain in his legs but that he himself is not sure if the pain is actually coming from his legs.

Wisconsin Governor Tony Evers said he was baffled as to why Blake is tied to his bed.

"I would have no personal understanding why that would be necessary," Evers told reporters Thursday.

"I would hope that we would be able to find a more, a better way to help him ... in recovering. That seems counterintuitive. It seems to be bad medicine."