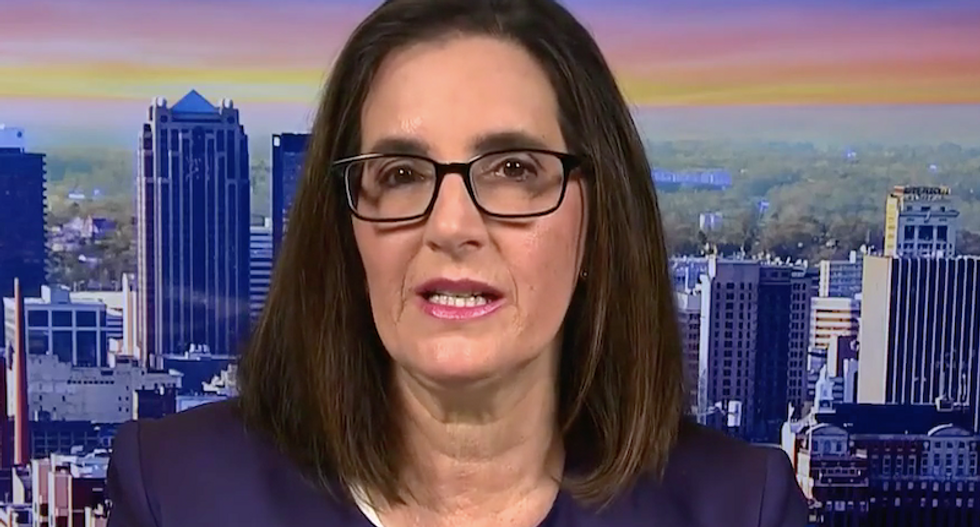 The president's attorneys argued last week that a grand jury subpoena targeting the president's accountants was overbroad and politically motivated, but Manhattan district attorney’s office revealed Trump may be under investigation for possible bank and insurance fraud.

"It's important to know the posture of the case," Joyce Vance said. "This is Cy Vance going to the court and saying the president has no claims that have any merit, you need to dismiss this second amended complaint that he's filed. He's tried repeatedly to file claims that would survive court challenge and failed, and Vance says go ahead and dismiss this complaint, it's time for us to enforce our subpoena and get the [accounting firm] Mazars document."

The president's lawyers accidentally triggered the bombshell by assuming the subpoena covered only hush-money payments to two of Trump's alleged mistresses.

"The bombshell, and it's one that the president's lawyer steps straight into, is the argument there's really no need to do this," Vance said. "'This is an overbroad subpoena, all the DA is investigating is these claims about hush payments to Stormy Daniels and [Karen] McDougal,' and suddenly the Manhattan DA says that's not the case."

The judge has already seen the subpoena, which the president's lawyers were not entitled to see at that point, that set out the full scope of the investigation -- which was revealed to Trump's defense team and the public.

"What's in the public record are allegations of bank fraud, insurance fraud and the clear implication is there might be more," Vance said.