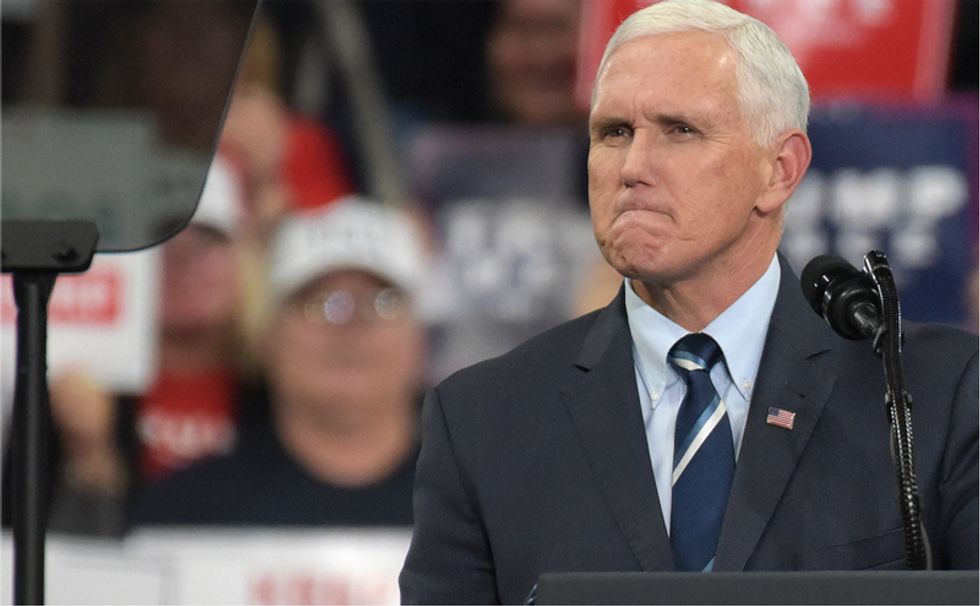 The Lincoln Project just posted a new ad that goes after Vice President Mike Pence hours before he addresses the Republican convention.

The ad cites the 7th Commandment, "thou shalt not commit adultery," which President Donald Trump has obviously ignored multiple times in his life.

"Is adultery no longer a big deal in Indiana and in America?" Pence asked on his radio show in 1997. It was less than 20 years later that Pence would gaze adoringly at the adulterer-in-chief. In that time, the Lincoln Project explained that Trump cheated on all three of his wives.

See the ad below: