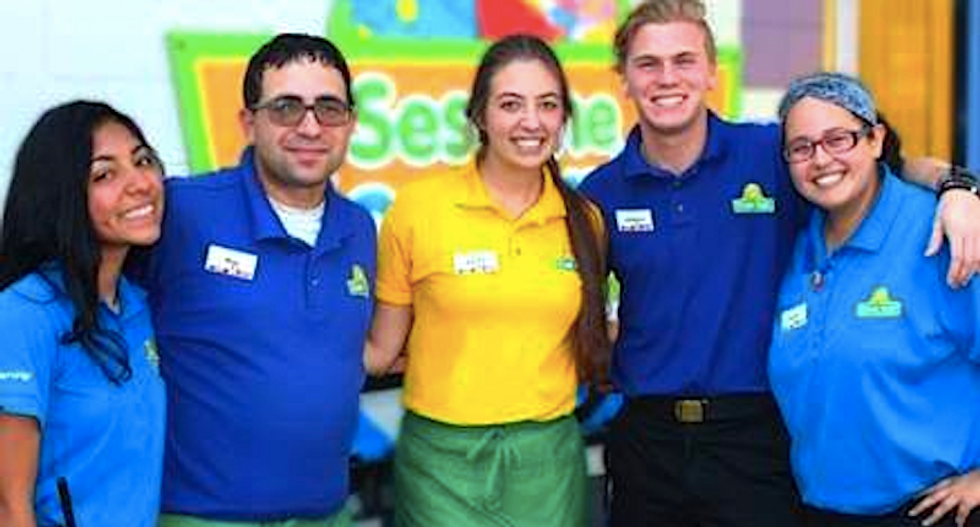 A man punched a teenage theme park worker over the weekend in a mask dispute.

The 17-year-old employee asked a couple entering Sesame Place in Langhorne, Pennsylvania, hours before the attack to comply with the park's mask policy, reported WPVI-TV.

That same worker encountered the couple again about 5 p.m. Sunday and reminded them of the policy, and the pair became hostile.

The man punched the teenager in the face, causing injuries to his face and mouth that required surgery.

The teen is expected to make a full recovery, police said.

The couple fled the park and drove away in a vehicle with New York license plates, and they remain at large.

Police did not release a detailed description of the couple but said they both appeared to be in their 20s.