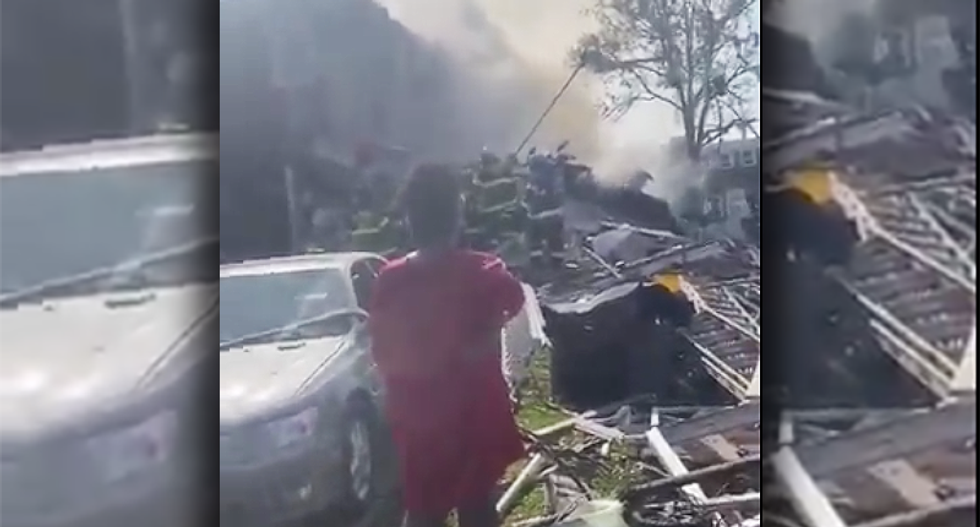 Fox Baltimore reported that several houses were impacted. One person heard over the police scanner that there were "borderline mass casualty." Thus far, however, only one person was pronounced dead at the scene.

There are no facts about the cause of the explosion at this time, but firefighters are on the scene to attempt to rescue those trapped in the rubble. At least three homes exploded, according to witnesses, prompting speculation that it could have been a massive gas leak, but those reports were unconfirmed.

"We are borderline mass casualty at this point. This explosion has affected at least a three block radius up here."… https://t.co/hKEGgUajyi
— Justin Fenton (@Justin Fenton) 1597068266.0

You can watch live updates in the video below: