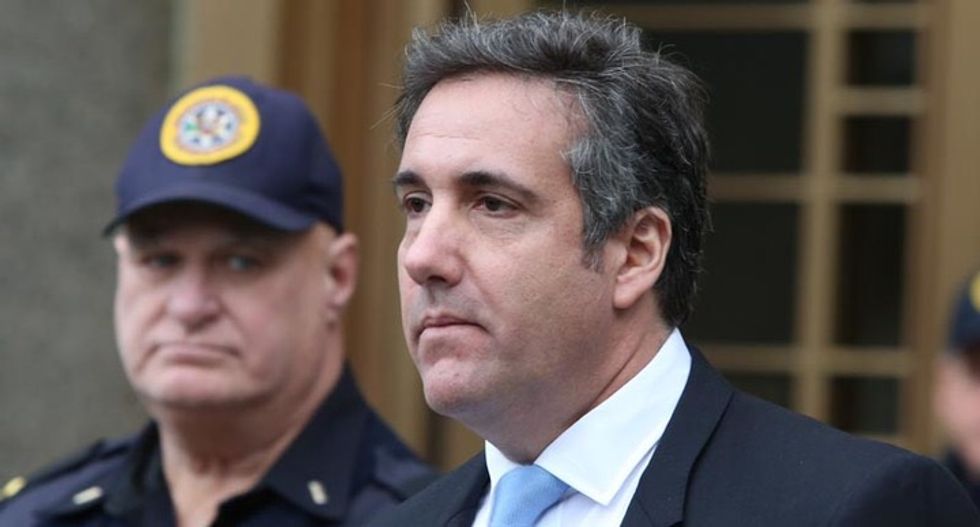 "For more than a decade, I was President Trump's right-hand man, fixer, and confidante," said Cohen, who went to prison over the scheme to make hush payments to adult film star Stormy Daniels on Trump's behalf. "I was complicit in helping conceal the real Donald Trump. I was part of creating an illusion."

"Later this week, he's going to stand up and blatantly lie to you," said Cohen. "I'm here to tell you he can't be trusted, and you shouldn't believe a word he utters. So when you watch the president this week, remember this. If he says something is huge, it's probably small. If he says something will work, it probably won't. And if he says he cares about you and your family, he certainly does not."

"He's going to tell you that if you re-elect him, the economy will bounce back. That only he can get us out of this economic crisis," continued Cohen. "Maybe for those like him. But if you think he cares about working-class Americans, you're dead wrong. The president is going to talk to you about law and order. That's laughable. Virtually everyone who worked for his campaign has been convicted of a crime or is under indictment — myself included."

"So when the president gets in front of the cameras this week, remember that he thinks we're all gullible. A bunch of fools," concluded Cohen. "I was a part of it, and I fell for it. You don't have to like me. But please, listen to me."