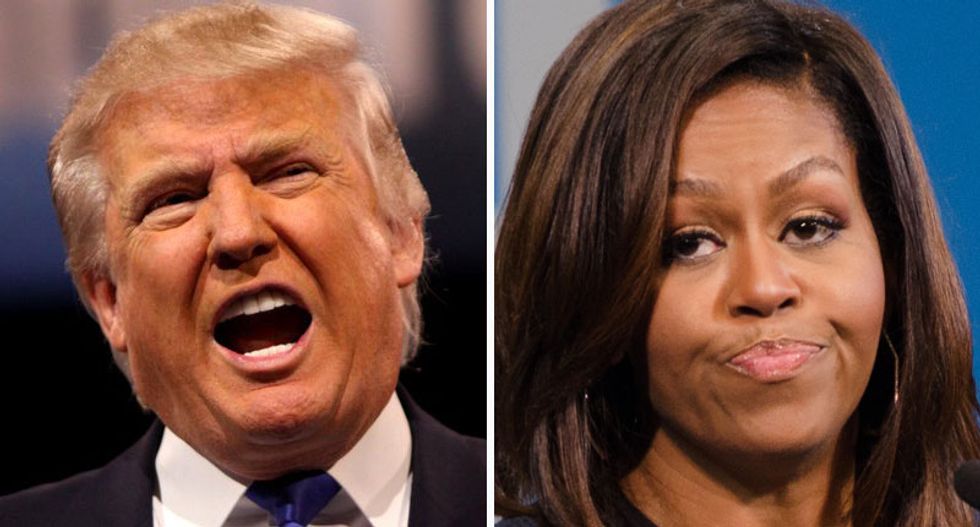 President Donald Trump has good reason to be concerned about former First Lady Michelle Obama, according to Tim Alberta, the chief political correspondent at Politico.

During an appearance on MSNBC, Alberta doubted that the Republican figures who have endorsed Joe Biden would have much of an impact on the election individually. But "I think collectively, the drip, drip, drip of prominent figures" could have an impact, he said.

"I thought her speech the other night was really relevant to the wooing of one particular group of Republican voters, and that's suburban women. And stop me if you have heard this before, but this is the single voting demographic that we have seen the most movement with over the past four or five years. And the numbers of these voters, who broke away from the Republican party after voting for Trump in 2016 are not insignificant."

"If you were to see a continuation, an acceleration of that same trajectory that we have seen between 2016 and 2018, among a lot of these affluent, college-educated suburban white women, if they are they're continuing to break from the Republican party in significant numbers, then that's a mathematical obstacle that would be difficult for the Trump campaign to surmount," Alberta explained.