Mike Pence praised by evangelical conservative for being 'like a very supportive, submissive wife to Trump' 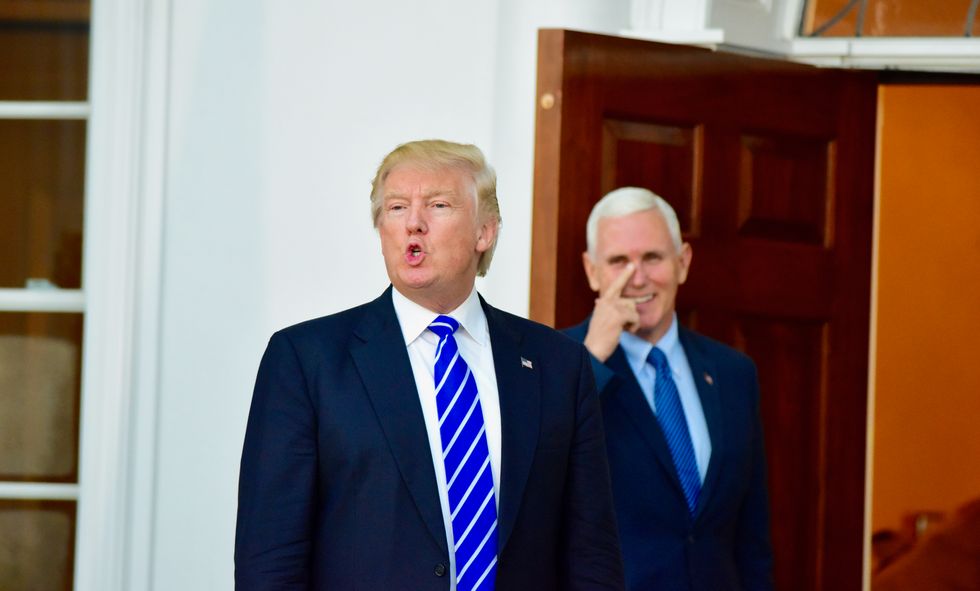 In a deep dive into how Donald Trump has managed to hang onto Christian evangelicals despite his multitude of moral failures, one Christian conservative told the New York Times' Elizabeth Dias that Vice President Mike Pence doesn't get enough credit for being supportive of the president.

As Dias notes, these devout Christians had multiple reasons to vote for the New York real estate developer in 2016, including, "That they saw him as their best chance in decades to end legalized abortion. That the opportunity to nominate conservative justices to the Supreme Court was paramount. That they hated Hillary Clinton, or felt torn to pick the lesser of two evils. That they held their noses and voted, hoping he would advance their policy priorities and accomplish their goals."

According to Micah Schouten, he sees Trump as someone who will restore Christian values, explaining, "You are always only one generation away from losing Christianity. If you don’t teach it to your children it ends. It stops right there.”

Lisa Burg echoed those sentiments, adding, "The one group of people that people felt like they could dis and mock and put down had become the Christian. Just the middle-class, middle-American Christians. That was the one group left that you could just totally put down and call deplorable. And he recognized that, You know what? Yeah, it’s OK that we have our set of values, too. I think people finally said, ‘Yes, we finally have somebody that’s willing to say we’re not bad, we need to have a voice too.’”

Mike Pence, well known for his unabashed Christian stances also received some praise for standing by Donald Trump with one supporter, Caryn Schouten, claiming, “This is probably a very bad analogy, but I’d say he is like the very supportive, submissive wife to Trump. He does the hard work, and the husband gets the glory.”

“If you are a hard-working Caucasian-American, your rights are being limited because you are seen as against all the races or against women,” she continued. “Or there are people who think that because we have conservative values and we value the family and I value submitting to my husband, I must be against women’s rights. I would say it takes a stronger woman to submit to a man than to want to rule over him. And I would argue that point to the death.".