‘Morals of a rabid hamster’: GOP’s Jim Jordan slammed for ‘unhinged attack on our democratic elections’ at DeJoy hearing 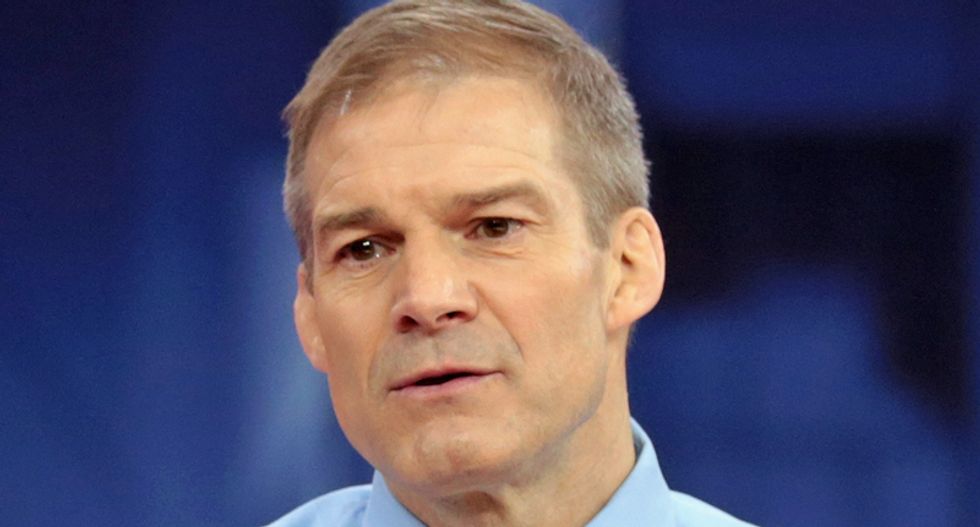 During a question and answer hearing with Postmaster General Louis DeJoy, Rep. Jim Jordan (R-OH) tried to flip the script on Democrats regarding their accusations that President Trump is undermining the Postal Service in an effort to slow down mail-in voting, claiming that the actual conspiracy is being perpetuated by the Democrats.

"I think they know that on election night Trump's gonna win," Jordan said, adding that Democrats' strategy is to "keep counting."

"And they're willing to go after a guy like you (DeJoy) who has served our country, served his community, helps kids with their education, amazing record in business, they're willing to go after you, and you've been in the job 70 days and everything you've testified is nothing new -- same thing has been done by other postmaster generals -- yet they're coming after you, because that's how much they want to get this president," Jordan said.

Jim Jordan just told us what is coming: Trump's people will vote at the polls and he will declare a victory on elec… https://t.co/fHPySuwX7J
— Amee Vanderpool (@Amee Vanderpool)1598286914.0

Whenever I see pervert Jim Jordan on my tv screen, I mute him, then I remind everyone he’s the scum who allowed, en… https://t.co/SIphIFjCOc
— Ricky Davila (@Ricky Davila)1598285259.0

Ohioans have been attacked as much by this postal interference as anyone. It violates Ohio law. The USPS wrote a l… https://t.co/ACh5O5px6s
— David Pepper (@David Pepper)1598286233.0