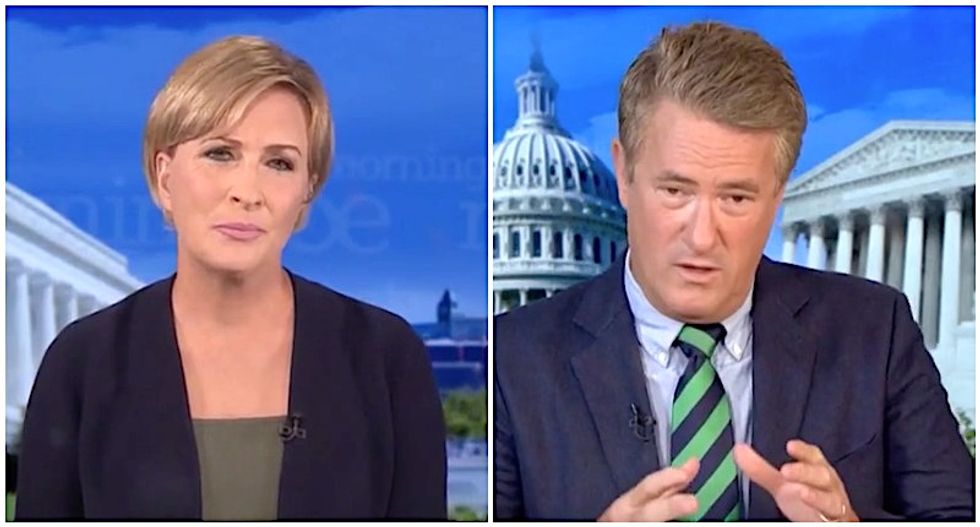 President Donald Trump hurled another attack at his former friends on MSNBC's "Morning Joe," and they again begged him to stop watching and get to work.

The president tweeted out an inaccurate insult about the show's ratings and questioned the hosts' mental health, and they responded moments later.

The show remains the second-most watched cable news program in the morning, behind Trump's beloved "Fox & Friends," and co-hosts Joe Scarborough and Mika Brzezinski asked why the president cared.

Scarborough insisted he didn't care about the show's ratings, and thanked his crew for their work that's been upended by the pandemic.

"The 'Morning Joe' team works so hard, and this pandemic it's been so hard for our entire team to continue putting together, think about this, a three-hour show every morning," he said. "They're working through the night, scattered all over the tri-state area, and they're just doing a hell of a job, and because of that, because of their hard work, we've -- our ratings, Donald, have been better than ever this year and we want to thank you. We really want to thank you for drawing attention to the ratings, and, of course, we know you're lying about them, but that's okay. That's what you do. But I will ask you again, for -- how many times have I asked him of him, Mika? Please, please stop watching our show."