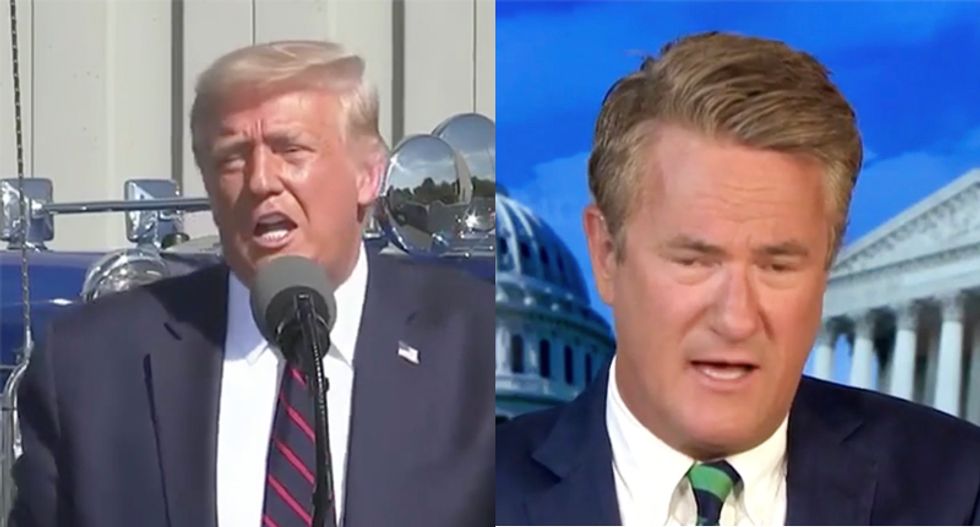 On Friday morning, MSNBC host Joe Scarborough shared a clip of Donald Trump's speech in Scranton on Thursday -- then proceeded to accuse the president of lying while describing the entire speech as "lunacy."

The "Morning Joe" co-host got right to the point after shaking his head over the president's comments.

"I just have to correct a couple of things here," he began. "First of all, Donald Trump, you can talk about the lunacy of it all. The lie that he opposed the war in Iraq when that's just a lie. You know, he of course tries to have it both ways. He talks back and forth, but in his 2000 book, he talked about maybe needing to go in and attack Iraq because of their nuclear program; wrote that in his book which he can't escape from."

"The day after the invasion he talked about how Iraq was a tremendous military success. And later in the year, in December of 2003, he said, we're there, we need to stay there, we need to win the war," Scarborough continued. "So yeah, there was -- in between all the bizarre rantings about mosquitos and sharks, there is a fact check that he keeps lying about being against the war in Iraq."