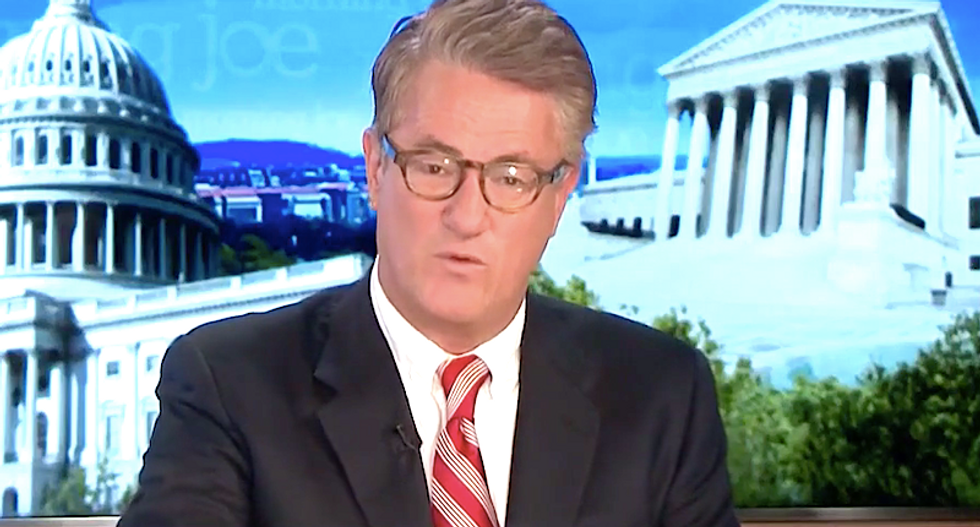 Taking up the executive orders signed by Donald Trump on Saturday, MSNBC "Morning Joe" co-host Joe Scarborough pointed out a big loophole in the president's proposal for a tax cut, saying he is hiding the fact that voters will be on the hook for deferred taxes after the election.

After first pointing out the president's contempt for Americans struggling to make ends meet during the coronavirus pandemic that has crippled the economy.

"It was a huge, gigantic nothingburger when you look through the policies at the end," Scarborough began. "In fact, some of the policies he put forth are going to hurt people, hurt small business owners the most. Again I go back to the payroll tax cuts -- economists, Republicans, Democrats, everybody is opposing this.

"This is an obsession like hydroxychloroquine with the president of the United States," he continued. "He's been told by Republicans and conservatives on the Hill time and time again that's not the answer -- we don't want that, don't do that. The president goes ahead, he moves forward with it and what does he do? He just puts a deferral in place, he wants it to defer through his election. And then after the election they have to pay it all back. So he's not giving them a cut, a payroll tax cut anyway. He's deferring it until after the election and then the tax man cometh and asks for all that money back from small business owners, from working class Americans, from people who aren't going to be able to pay a big lump of money at the end. It is sheer insanity by a president who's obviously very desperate for a lot of reasons."