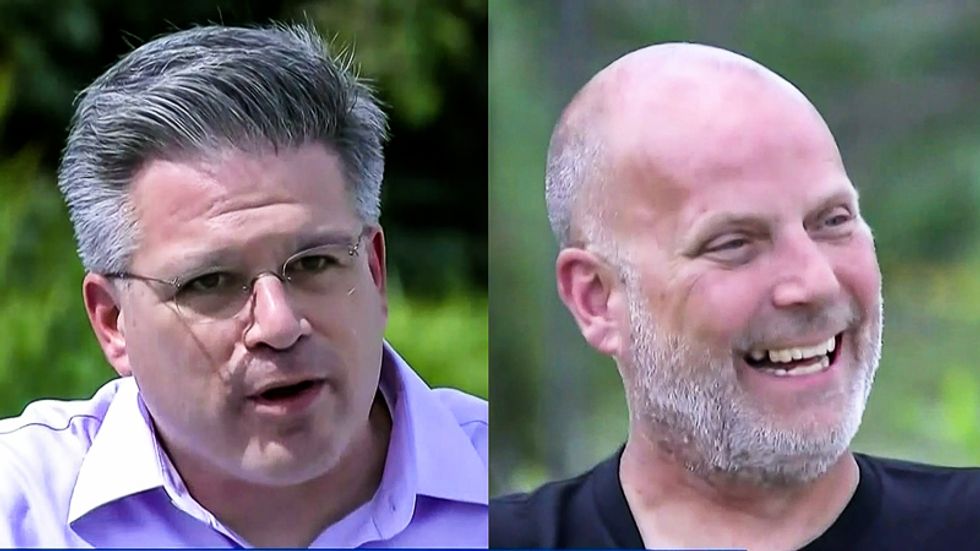 MSNBC talked to a panel of white Republican voters who said that they won't vote for Democratic presidential candidate Joe Biden if he picks a "divisive" woman to be vice president.

One member of the panel told correspondent Dasha Burns that he is "politically homeless" because of President Donald Trump.

"These are Republicans that feel lost in the current Republican Party," Burns explained. "And they are considering voting for Joe Biden."

"I have a very hard time -- as much as I don't want to vote for Trump -- voting for Biden if he were to nominate somebody or have somebody to be his running mate who is extremely divisive," Hal Ostrow said.

Ostrow explained that he could accept Susan Rice as vice president although he does not agree with her.

"It's sounds like for you all, it's not necessarily about who it should be but who it shouldn't be," Burns observed, "to not scare off voters like yourself."

MSNBC ended the segment before asking the white Republican voters which potential vice presidential picks they would oppose.

The segment did not go over well on social media, where commenters accused MSNBC of catering to white Republicans.

"Why @msnbc is obsessed with this crew is a mystery," Michael Salfino wrote.

"Just watched an MSNBC political reporter sit down with two Republican white men in Michigan who claim they’d be open to voting for Biden as long as he didn’t pick a running mate that was 'divisive.,'" Dan Przygoda complained. "We know what this is code for. Do you think the reporter called them out on this?"

Um, Trump voters looking for a new home? Kiss our ass. Why @msnbc is obsessed with this crew is a mystery.
— Michael Salfino (@Michael Salfino)1596724646.0

Dear God, @MSNBC is interviewing voters in Michigan (all white), who say they won't be able to vote for Biden unles… https://t.co/ig1buTeF0g
— Laura McGinnis (@Laura McGinnis)1596724692.0

I am OVER these bs @MSNBC chats with “homeless republican voters” and random groups of people who put this 🤡 in off… https://t.co/WXpMIkCJpS
— itstheRoc (@itstheRoc)1596724742.0

Gee, @msnbc, thanks for having a focus group of white, Michigan Republicans. Special thanks for ignoring how low tu… https://t.co/fzRxE2xr9L
— Neal Draznin (@Neal Draznin)1596724775.0