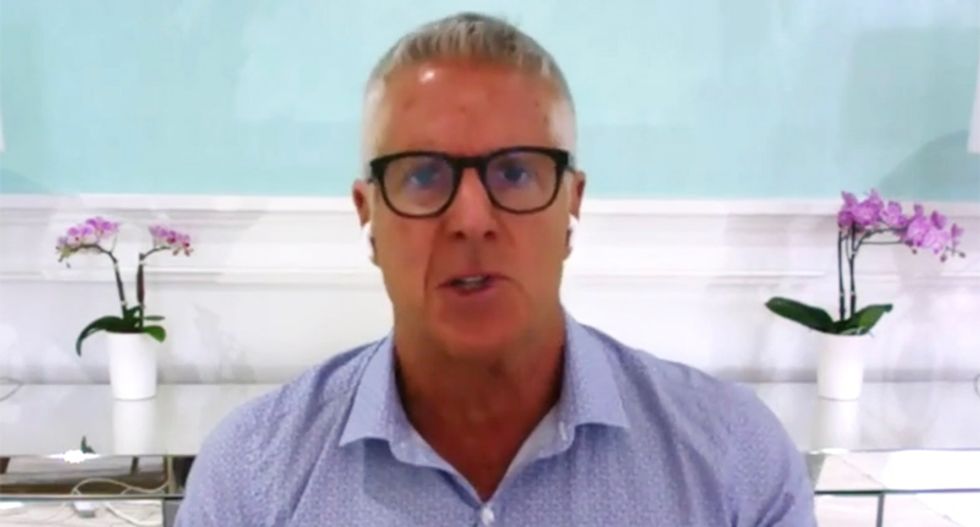 During his Friday morning appearance on MSNBC's "Morning Joe," Donny Deutsch was asked how it is that Donald Trump still has the trust of one-third of Americans, which led the regular contributor to flatly state that they are racists.

Speaking with "Morning Joe" co-host Mika Brzezinski, who questioned the honor of Secretary of State Mike Pompeo and Senate Majority Leader Mitch McConnell (R-KY) for standing by while the president tries to steal the election, Deutsch was asked to explain the fealty to a president who has presided over a botched health crisis that has resulted in over 165,000 deaths and a collapsing economy.

"Are they under a spell?" Brzezinski asked.

"One in three Americans are terrified that by 2040 this country is not going to be majority white," he added. "That the black man or brown man or yellow man or woman are going to come and take their jobs and take away their suburbs. [It's] no coincidence yesterday Trump brought up Kamala Harris and the birtherism -- that's the explanation. You can't bring up the economy anymore. One in three Americans are racist in this country and, as far as the other question about Pompeo and the other people, they are cowards."