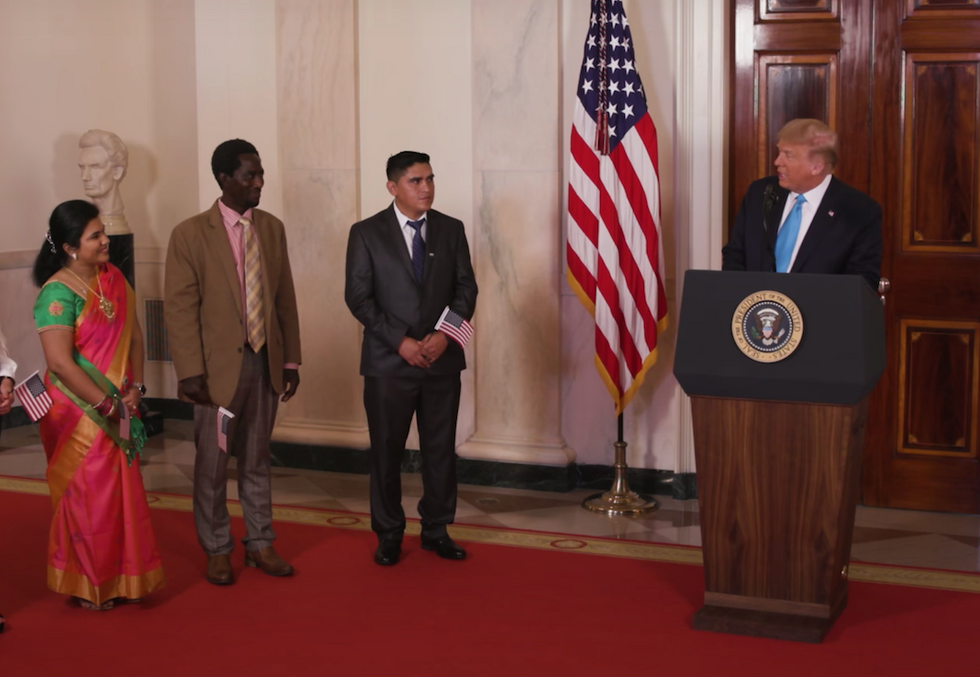 Critics were quick to complain about the president's "cynical" display, including CNN commentator and Democratic strategist Maria Cardona.

During a segment that aired early Wednesday morning, CNN host Rosemary Church asked Cardona "how successful" the RNC's "whitewashing of the president's history [would] be with voters."

Cardona responded, "I don't think it will be very successful. It's very hard to feel inspired by the president and by an administration that has stood by, idly by when 180,000 Americans have died of the COVID pandemic and we still have yet to see a national strategy, a national solution, to deal with it."

"There is a ton of rewriting of history. But that isn't the least of it, Rosemary," Cardona continued. "Tonight I was deeply offended as a naturalized citizen myself to watch the president of the United States sit there and politicize a ceremony that is sacred to so many people who are looking to become Americans. I went through the ceremony. My parents went through the ceremony. There was nothing more important in our civic life that as we became Americans and to see a president politicizing it, almost weaponize it, use it during the Republican National Convention ...I'm sorry. It was nothing less than disgusting."

"And i think it turned off a lot of people around the country, and a lot of folks really saw through what it was: A desperate attempt to try to fix the president's numbers in the polls, but i don't think it's going to work," Cardona said.

Watch a short clip of the segment below: