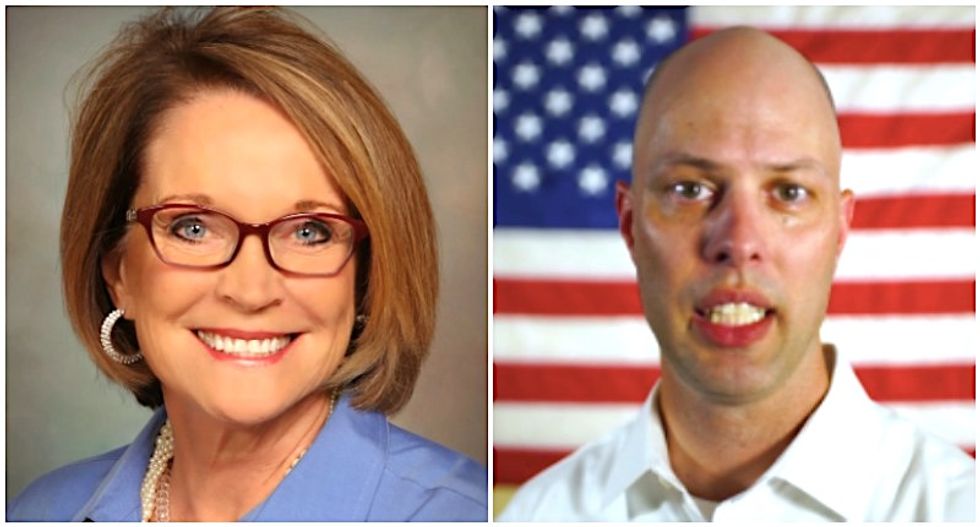 An Oklahoma mayor filed a police report against a Republican state legislator who she claims has been harassing her over a mask order implemented to slow the spread of coronavirus.

Yukon mayor Shelli Selby told police that state Rep. Jay Steagall, who lives in the city and represents the district, had "harassed, ridiculed, demeaned and threatened [her]" over her decision to require masks in city buildings and for restaurant servers, reported KFOR-TV.

“It’s been about a month now that he has been contacting me and telling me that what I’m doing is illegal,” Selby told the TV station. “I did what I felt was in the best interest of my people to keep us safe.”

Steagall started contacting her friends to warn Selby that “big trouble” and that “people were out to get" her, and then trying to undermine her authority.

“What really went overboard with me was when he started going to local restaurants and telling them that they did not have to obey my mandate, that it was illegal,” Selby said.

Selby asked her legal adviser to determine whether her order violated any laws, and she was advised the mandate was within her authority as mayor -- which the lawmaker refuses to accept.

“In fact today, I got a message from a friend, would I please meet with him again,” Selby said.

Instead, the mayor went to the police and reported Steagall for harassment, and wrote a letter making the same allegations to House Speaker Charles McCall.

Steagall insists he's only trying to represent his constituents, some of whom have expressed concerns about the mask requirement, and insists he never harassed the mayor.

"I went to her with findings from legal opinions on the issue," he told the TV station. "Due to that, I did not comment on the letter as I did not seek to ratchet up a simple policy discussion. I did not approach the mayor in any other way than to seek answers and address concerns of those who we serve, and would welcome further discussion to find the constitutional solution that would serve our constituents appropriately and our state lawfully.”

The TV station asked Steagall why he didn't contact Mayor David Holt of Oklahoma City, which also requires masks, and the lawmaker claimed he didn't care about the mandate but only the fact that city council had not voted on the measure.

Selby told KFOR that the council took a poll before she signed the order and found the mandate was favored 3-2.