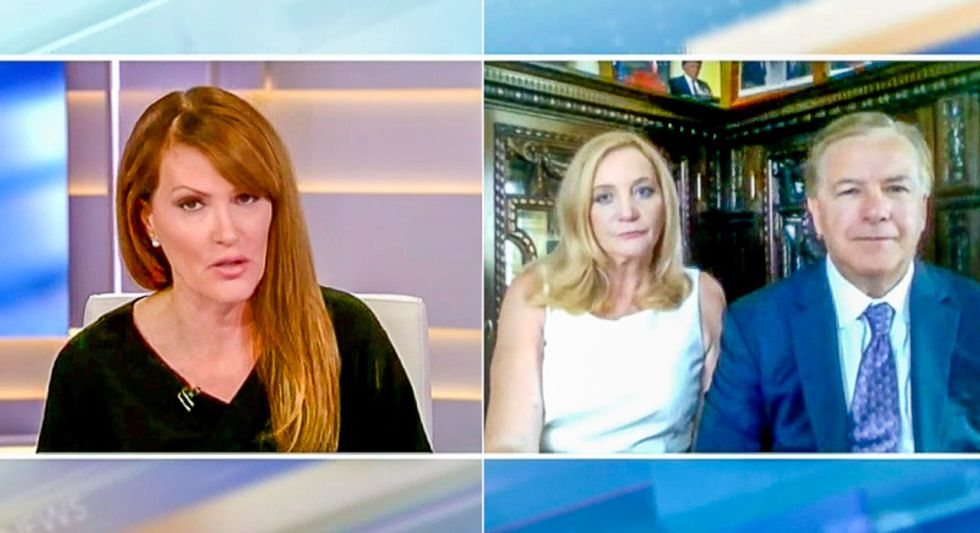 A St. Louis couple who brandished weapons at protesters admitted on Wednesday that they need more firearms training due to "poor muzzle control."

Attorneys Mark and Patty McCloskey made the remarks on Fox Business after co-host Dagan McDowell grilled the couple over criticism from gun advocates. The couple appeared on the network after speaking to the Republican National Convention earlier in the week.

"Speaking to Second Amendment advocates and firearms instructors, they actually were concerned for you as you were seen flagging one another with your firearms and exhibiting poor muzzle control," McDowell explained. "They just want to make sure that you're getting firearms safety instruction."

"Are you doing that?" she asked.

"Yeah," Mark McCloskey replied before blaming his wife. "Patty is a complete neophyte when it comes to the firearms. I grew up around firearms. But once again, when you're in a desperate situation, that's why training is important."

"Have you ever seen worse gun handling in your life?" he asked, pointing at his spouse.

"People in this nation have a right to defend themselves," McDowell asserted following a commercial break. "You need to be in favor of gun safety and understanding how to handle and use a weapon. That was the only issue."

"I have talked to many people about what happened to the McCloskeys," she added. "They were unfairly targeted, unfairly charged. However, it's very clear -- they were flagging one another with their guns. There was poor muzzle control there. I just encourage everybody, if you're interested in buying a weapon, that you need to go out there and learn how to use it."