Trump's relationship with Moscow has stalked the first year of his presidency, with key former aides under a US investigation for alleged collaboration with the Kremlin. (SPUTNIK/AFP / Mikhail KLIMENTYEV)

In December of 2007, Trump wrote a fan letter to Putin that was revealed as part of the Senate Select Committee on Intelligence report "Russian Active Measures Campaigns and Interference in the 2016 U.S. Election."

"Congratulations on being named Time magazine's "Man of the Year" -- you definitely deserve it," he said of the award, which Adolf Hitler, Joseph Stalin and Ayatollah Khomeini also received.

"As you probably have heard, I am a big fan of yours!" Trump said, with an exclamation point, also underlining the second clause of the sentence.

"Take care of yourself," Trump urged. 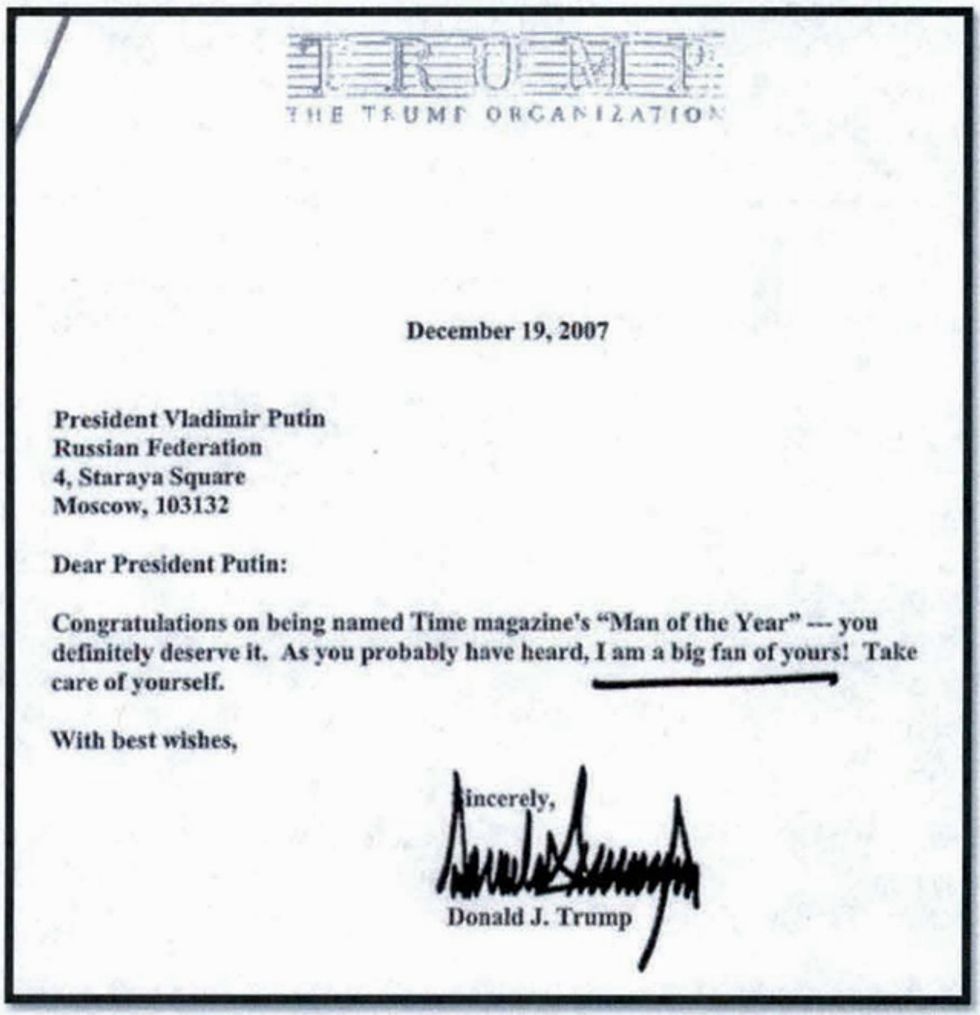