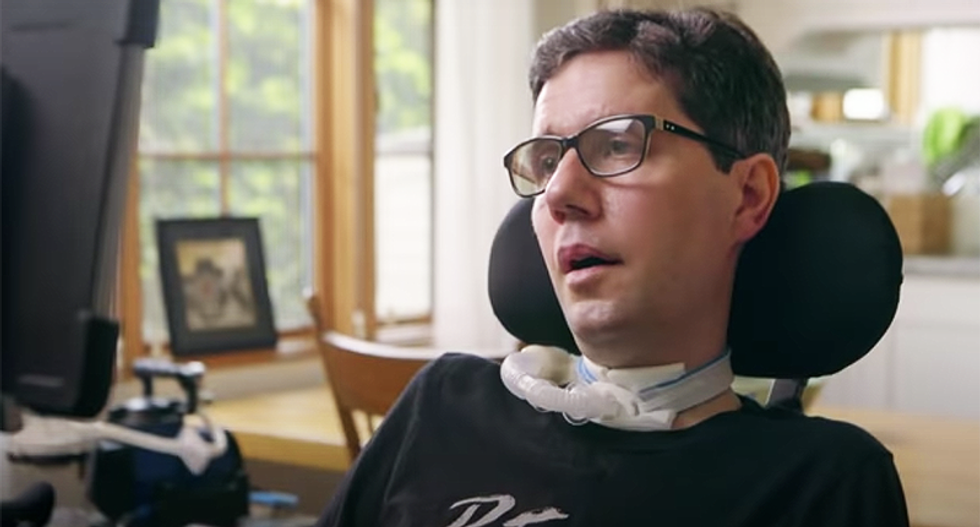 Rep. Steve Scalise (R-LA), the House Whip, was caught doctoring a video of a disabled man with Lou Gehrig's disease (or ALS) in an attack that seems purely an attempt at political exploitation.

Rebecca Cokley from the Campaign for American Progress (CAP) was the one who discovered the "deep fake" in which Scalise appeared to apply a computerized voice over what Ady Barkan actually said. Barkan is a progressive activist who led the "Fed Up" campaign and has become a courageous healthcare advocate.

"This is dangerous and not ok," tweeted Cokley, before admonishing the GOP for such a move.

Steve Scalise pulled a #deepfake by applying a computerized voice over what Ady actually said. This is dangerous… https://t.co/AOErLNDtAd
— Rebecca Cokley (@Rebecca Cokley)1598800866.0

As the Washington Post's Dave Weigle pointed out, Barkan uses a voice assistance device to speak. He commented about Vice President Joe Biden's comments about "re-directing" public safety funding to social workers and mental health experts, something police have actually requested because it typically isn't crime-related and they aren't trained to handle such mental health crises.

Republicans have desperately tried to make up things that Biden has said or supports or mischaracterized what he has said about issues facing people of color and policing. It seems Scalise is perpetuating that effort by creating his own "deep fake" videos.

See the real conversation between Biden and Barkan below: