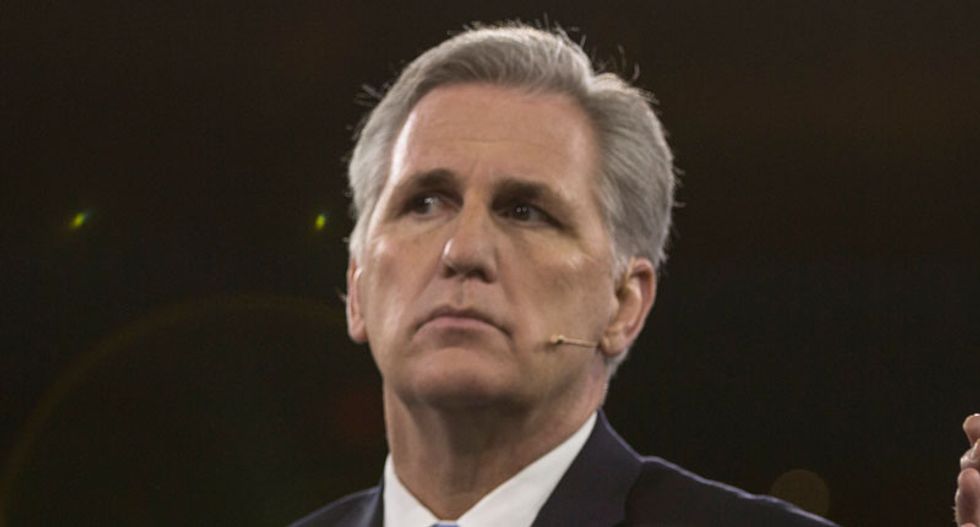 House Republican Leader Kevin McCarthy (R-CA) has handed out talking points describing the GOP agenda for the upcoming election, since President Donald Trump has been unwilling to chart a course himself.

Some lawmakers "were scared" when Trump was unable to detail his second-term strategy when asked in a recent interview, so several Republicans asked McCarthy to produce an agenda for their own re-election campaigns, reported Axios.

"Messaging is challenging, in the midst of a pandemic," said Rep. Patrick McHenry (R-NC). "People were asking for this. Members want focus and structure. We as Republicans especially need it in order to be effective if we're given the keys of power again."

McCarthy's talking points focus on three R's for Republicans -- "Renew the American Dream," "Restore our Way of Life" and "Rebuild the Greatest Economy Ever" -- and hits Democrats on three D's -- "Defund our police, border patrol and military," "Dismantle our social, economic and political institutions," and "Destroy our small businesses and entrepreneurs with crushing taxes and regulation."

House Republicans hope Trump will also campaign on that messaging.

”I think the president's campaign should adopt it, which we saw Donald Trump do in 2016, following the convention," said Rep. James French Hill (R-AR).