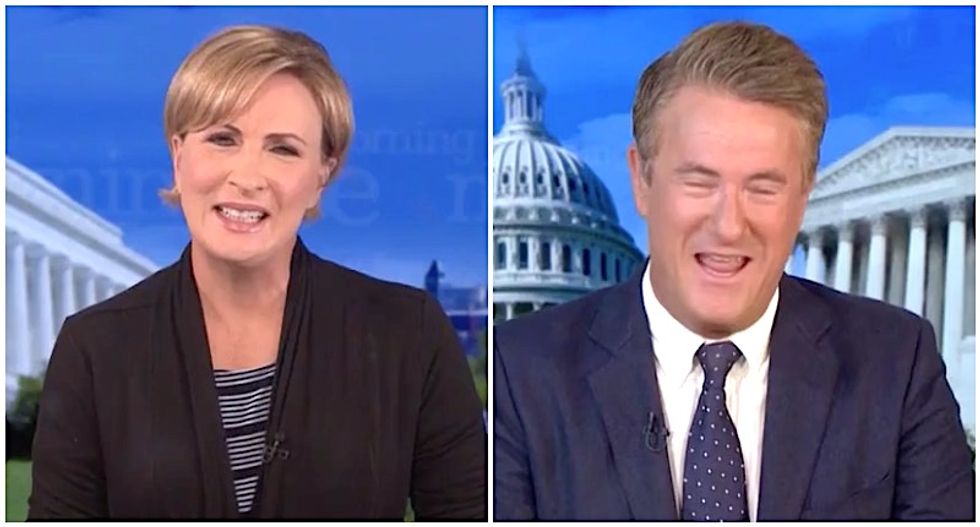 The Trump campaign released an ad calling Biden "slow" and Harris "phony," after the California Democrat was named his vice-presidential running mate, and the "Morning Joe" hosts were decidedly unimpressed.

"That's funny," Scarborough said, as both of them laughed. "Yeah, good luck with that."

"That's all they've got?" Brzezinski added. "That was a look at Trump's campaign's opening line of attack."

"Good luck with that," Scarborough continued. "By the way, 'slow Joe' knows the difference between World War I and World War II. He knows what year the pandemic of 1918 was, 'slow Joe' knows that the pandemic of 1918 and 1919 didn't end World War II. 'Slow Don' thinks it did. Strange, because we just passed the anniversary of Hiroshima and Nagasaki. I wonder what war Donald Trump thought that ended."

Scarborough remains surprised that Trump would raise questions about Biden's mental fitness, given all of his own on-camera blunders.

"It doesn't work when you have somebody who is as challenged behind a microphone as Donald Trump," he said. "That tactic doesn't work, and when you have Donald Trump giving money to Kamala Harris and Ivanka Trump giving money to Kamala Harris, [and then] saying that she's a left-wing radical, it doesn't work. Remember they tried that against Barack Obama in 2008? Said he was the second-most liberal member of Congress and he was -- no, no. It's just saying, that tactic won't work. it might have worked on Bernie [Sanders]. It might have worked on Elizabeth Warren, because their political personas fit more into that. Kamala Harris just doesn't. You can't attack her for being a tough prosecutor and then attack her for being a left-wing freak at the same time."