The Biden administration needs to pursue every Trump appointee accused of perjury: conservative 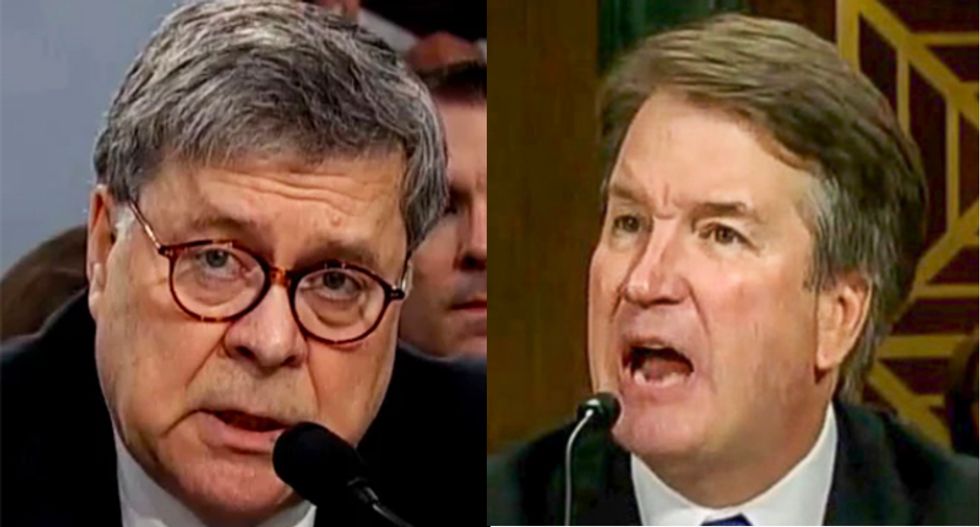 In a column for the Washington Post, conservative commentator Jennifer Rubin said, should Democratic presidential nominee Joe Biden win in November, he should commit to having his Justice Department look into any Donald Trump appointee who has been accused of committing perjury during the past four years.

According to the never-Trumper, the first thing the new administration needs to do is open up to the public "all documents the Trump administration previously withheld from congressional subpoenas."

"Find them and post them online. Every page," she wrote. "That should set the scene for a transparency initiative from the new administration. Freedom of Information Act requests should be answered promptly. Claims of executive privilege should be asserted only in the most limited circumstances, such as national security. White House logs of who comes and goes should be posted online, as well."

With that out of the way, she wrote it will then be time to hold Trump administration officials accountable for any crimes they may have committed while working for the White House -- and that includes instances of perjury.

"The new administration should vigorously pursue each and every credible charge of perjury committed by administration witnesses over the past four years," she suggested. "Perjury is difficult to prove, but incomplete or misleading testimony to Congress can also be actionable. This should set an example of zero tolerance for lying to Congress."

As Rubin notes, with the possibility that the Democrats take control of the Senate as well as the White House, there will never be a better time to investigate malfeasance without interference from the likes of Sen. Mitch McConnell (R-KY) and Attorney General Bill Barr like the public has seen recently.

"No administration is 100 percent candid or factual, but the acceptance of lying as a matter of course, the encouragement to say easily disprovable things, must end," she lectured before concluding, "We deserve a president and administration that at least tries to stick to the truth."