In the last recession Americans lost their homes -- and it's about to happen again if we do nothing: columnist 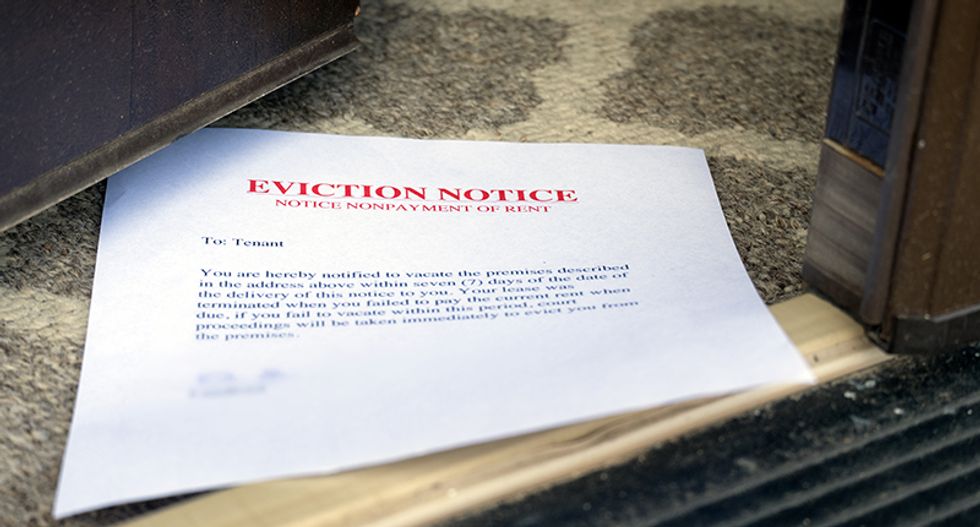 New York Times editorial board member Binyamin Appelbaum noted that when the last recession in 2007-2008 took down the United States, Republicans didn't do anything to save Americans from being removed from their homes. President George W. Bush was quite content to work with conservative Democrats and GOP leaders for a corporate bailout while the lives of many Americans was destroyed. Now, it's about to happen again.

Writing in a Sunday column, Appelbaum explained that personal belongings are littering the sidewalks of New Orleans as people are evicted.

In Savannah, Georgia county Sheriff John Wilcher is about to begin about 500 pending evictions.

"People after five months should have been able to come up with some kind of deal or something to help themselves out where they wouldn’t be evicted,” he said after the national hold on evictions expired at the end of July. There are still an astounding number of unemployed Americans. GOP bailouts have given corporate bailouts, but they have yet to trickle down to reopening or rehiring workers.

"The last time the economy went over the cliff’s edge, in 2008, the federal government encased the banking system in plastic Bubble Wrap and allowed millions of Americans to lose their homes," recalled Appelbaum. "It’s about to make the same mistake all over again. I was a housing reporter during the last crisis. I spent long days with young families and old ladies desperately trying to hold on; with sheriff’s deputies tasked with removing people from homes owned by faceless companies; with exterminators sent to prevent mosquitoes from occupying abandoned swimming pools."

He recalled watching former President Barack Obama come into office and saving the auto industry and passing bills, but they never bailed out Americans who were evicted. That same crisis is about to come again, and there's a need for a president who is willing to help people over banks.

"As the coronavirus spread around the country in the spring, federal policymakers and authorities in many states announced temporary bans on evictions, part of a broader effort to weather the pandemic by suspending economic activity," wrote Appelbaum. "The federal government also expanded unemployment benefits for people who lost jobs, providing many with the means to keep paying the mortgage or rent."

The National Low Income Housing Coalition released a policy memo on Friday warning that “The United States may be facing the most severe housing crisis in its history.”

“I need help,” said Renee Matthew, who lost her job at a New Orleans law firm during the COVID crisis. “It’s hard to pay the bills on nothing.”