’There are people who hold white nationalist views in the White House': Ex-Trump official 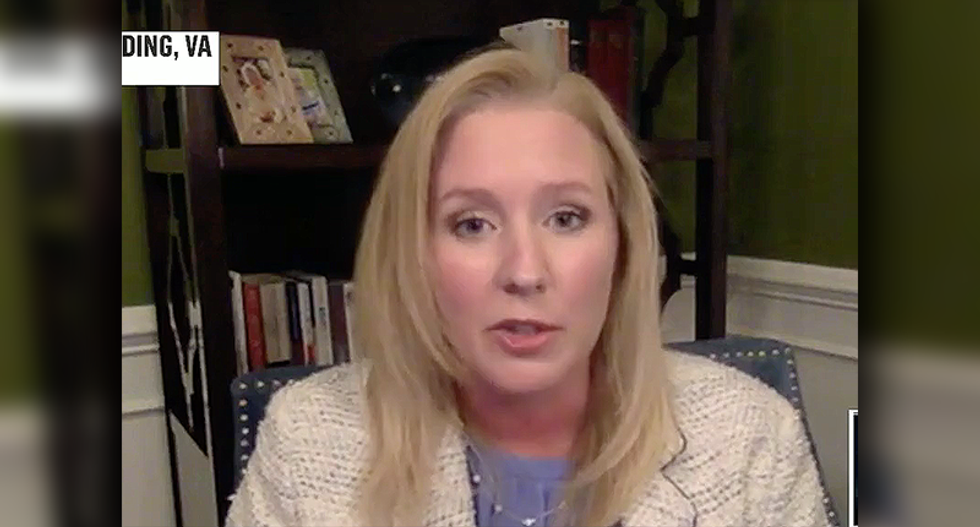 President Donald Trump's former Homeland Security Assistant Secretary Elizabeth Neumann said in a video for Republican Voters Against Trump that she supported the president's run in 2016 because she has always been a strident anti-choice voter. But while she served in the administration, she realized something else mattered more.

Speaking to MSNBC ahead of the GOP convention, Neumann said that she wasn't working on the family separation policy, but when it was ushered in by the administration, she found it to be a "very challenging time."

"I think that I can speak -- I saw a number of people that are still finding on the inside that there is a sense that if you are not there holding things together, it would be worse," she explained. "So, there was often a tension of what you were seeing in trying to stop and maybe weren't able to stop, and then when is it time to go? And for me, I made that decision at the beginning of this year. I could not sit through this president's policies."

MSNBC's Rachel Maddow asked for further details about those inside the government, trying to prepare the country for COVID-19 and do all of the right things, but the president was telling them to "stop" because it was a distraction that could hurt his campaign.

"And this is a challenge in probably any number of policy spaces, but it is just so particularly grievous in the era of COVID," Neumann continued. "You had emergency managers, public health officials, all raising the alarm in January. The Department of Homeland Security has a senior leadership group that met multiple times in January. I'm assuming it is continuing to do so. And in those conversations, you are briefed on what the status of the threat is, in this case, the pandemic. What the actions are occurring throughout the government, what do we need to do within DHS, and one of the things that I asked some of the experts is, and this is probably the late January time frame, do we think this is coming here?"

She said that she was curious if the COVID-19 virus would die out like SARS or MERS, and the answer they told her was, "we hope it goes away" but that it seemed "more resilient," and they expected it to come to the United States. They knew it was coming in January -- and they did nothing to protect Americans.

"The travel ban on China helps us a little bit," Neumann said. "It gives us a little bit more time to prepare, but it doesn't -- it's not going to prevent it from getting here so that the purpose of doing that travel restriction was not containment but giving us more time to prepare. So, they were talking about things like, 'We need to start the Defense Production Act. We need to build up for PPE. We need to build up ventilation supplies. We need to dust off all of our plans and make sure everybody is educated on what those plans are that have been around for 15 years.' So, there was an urgency in the system and an effort at various agencies to try to move quickly with urgency."

What she saw from the president, however, was "a continual dismissal that this was not a real thing." That the virus was going to go away. That "this is a hoax that's made up to try to make it harder for his campaign and sowing those seeds of doubt ended up hurting us drastically."

She said she watched senior officials struggle with how to protect their staff while also following the president so as not to upset him.

"So, I found that there was this tension, a chilling effect with his public rhetoric, and how it impacted the ability to prepare," she explained.

Co-host Joy Reid noted that Trump isn't making his decisions in a vacuum, and his racism is being encouraged by others who agree with the white supremacist ideology.

"Did you get a sense there is a core of white nationalism inside the administration, people who have that ideology, and who are there because they think they can advance it?" asked Reid. "Or do you think that these things are taking place because of, you know, career expediency or apathy?"

Neumann said that in 2017 she assumed it was just rhetoric and mistakes from people who were inexperienced in how to govern. Politics and campaigns are far different from governing, she explained.

"I gave them a lot of grace or room to grow and was deeply disappointed at what I saw," she explained. "And I came to realize that there is -- there is some design to it, and I personally believe -- I don't know any man's heart, but from what I experienced and some of the people I worked with, I do think that there are people that hold a white nationalist viewpoint and that that is actually impacting those policies."

See her full comments below: