‘This scares the hell out of me’: Americans shocked as White House refuses to say Trump will leave office if he loses 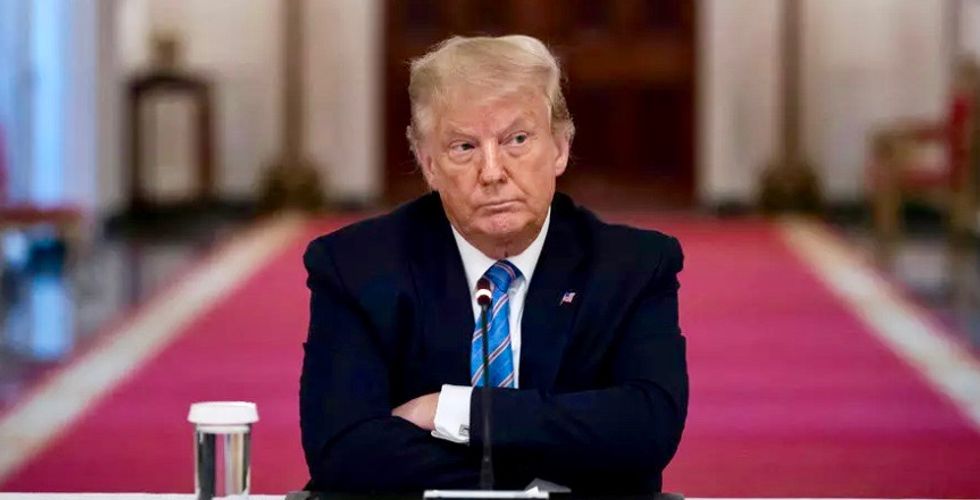 McEnany was asked on Wednesday whether Trump would accept the results of the 2020 election if he was defeated by his rival Joe Biden, but she refused to directly answer the question.

"The president has always said he'll see what happens and make a determination in the aftermath,” the press secretary said.

Former GOP congressman Joe Walsh said the statement was “tantamount to an act of war by a President against his own country.”

@WalshFreedom He didn't accept the results of the last election, and he won!
— Nonacrophobic (@Nonacrophobic)1597861373.0

“This is so scary,” said Michael McFaul, who served as the United States Ambassador to Russia from 2012 to 2014.

Many other people also expressed their concern on Twitter:

Seems clear Trump will probably call any election he loses a fraud. But he could also just leave and continue to ho… https://t.co/2yPvDdo5wZ
— Ben White (@Ben White)1597860293.0

It seems like the White House is saying Trump will take a look at the election results and then determine if they a… https://t.co/KDaRbk2bL6
— Joan Greve (@Joan Greve)1597860501.0

@MarkSZaidEsq Translation: Unless Trump wins, he will NOT accept the election results. Everyone else should plan accordingly.
— Honest Politics (@Honest Politics)1597860005.0