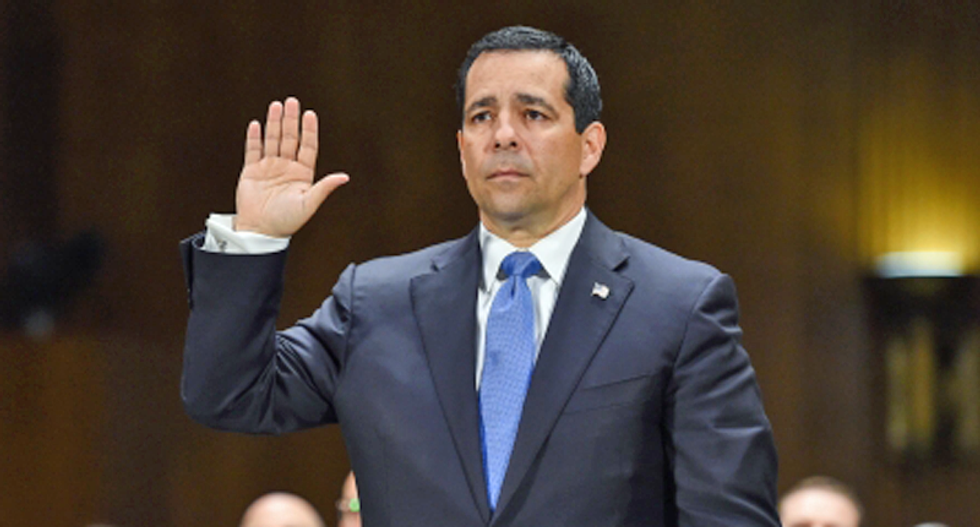 The top counterintelligence official in the United States government has just released an official statement saying the Intelligence Community is actively working to help President Donald Trump get re-elected.

"We assess that Russia is using a range of measures to primarily denigrate former Vice President Biden and what it sees as an anti-Russia 'establishment.' This is consistent with Moscow’s public criticism of him when he was Vice President for his role in the Obama Administration’s policies on Ukraine and its support for the anti-Putin opposition inside Russia," states National Counterintelligence and Security Center (NCSC) Director William Evanina.

Evanina does not limit his assessment to Russia. China and Iran, he says, prefer Biden to win the election – which would account for Trump's recent attacks on both countries, while refusing to challenge or confront Russian President Vladimir Putin on any issue.

"We assess that China prefers that President Trump – whom Beijing sees as unpredictable – does not win reelection. China has been expanding its influence efforts ahead of November 2020 to shape the policy environment in the United States, pressure political figures it views as opposed to China’s interests, and deflect and counter criticism of China."

"We assess that Iran seeks to undermine U.S. democratic institutions, President Trump, and to divide the country in advance of the 2020 elections."

U.S. Rep. Eric Swalwell (D-CA) says Senate Minority Leader Chuck Schumer, and other top Democrats, have been urging Evanina to release this information to the public.

But he warns that President Donald Trump is unlikely to act on it.